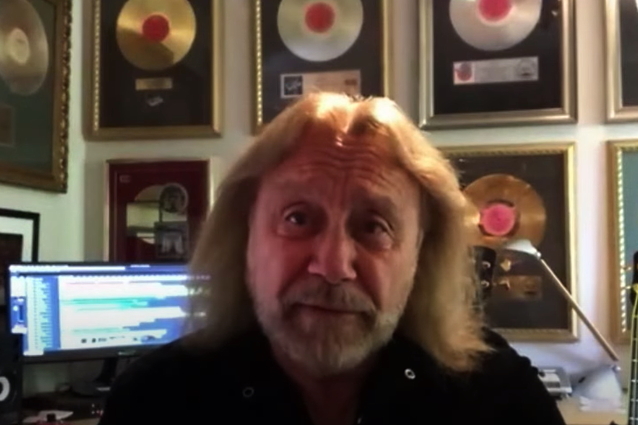 In a new interview with Sweetwater's Nick Bowcott, founding JUDAS PRIEST bassist Ian Hill spoke about the band's upcoming touring plans. He said (as transcribed by BLABBERMOUTH.NET): "There's a festival in Britain called Bloodstock. We're doing that one in August, which is great, because we will rehearse over here anyway [for the American upcoming tour] — musically and the production, 'cause the gear is here, basically. It'll be a great warm-up show, a great reintroduction to everything. It'll be the first show that we've done for two years. And then we ship everything back out to the States to start the American leg, which starts — I think the first date is on the 9th of September somewhere; I can't remember where. We'll do a week or so rehearsals in the States as well. And then we're on our way."

He continued: "The stuff that we should be doing this year has been put back to next year, which is the European dates. Which is not too much of a hassle, really, because most of them are festivals anyway, and they happen all on the same weekends, if you know what I mean, every year. And then after that one, we'll just have to see how the rest of the world is getting on. We still need to get to, obviously, South America and Japan, maybe another stint in the States. We only did two legs anyway. But the [fall 2021] American dates, as of yet, they're in, and they're solid."

Asked if there will be any surprises in terms of PRIEST's setlist for the upcoming tour, Hill said: "Yeah, there will be surprises. There's a couple of things we haven't played before. We [will be bringing] a few things out of the woodwork as well. We're gonna cover as many albums as we can. It's difficult, because you've got so many albums; something somewhere is gonna have to give. We'll try and keep something from at least most of the albums. And yeah, there are a couple of things we haven't played yet, which we're all looking forward to."