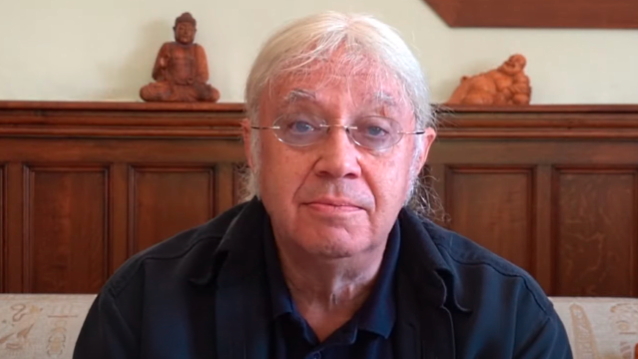 During a recent question-and-answer session with fans, DEEP PURPLE drummer Ian Paice was asked if there is any chance of the band ever performing the songs "You Fool No One", "Stormbringer" and "Burn" live again. Paice responded (see video below): "They're not Ian Gillan songs; they're David Coverdale songs. And we have enough Ian Gillan songs to play, and we can't get all of those in. So trying to bring in some songs that have no connection to Ian at all would be difficult."

Coverdale was DEEP PURPLE's frontman from late 1973 until early 1976 and sang on the albums "Burn", "Stormbringer" and "Come Taste The Band".

In 1984, Gillan returned to DEEP PURPLE for the "Perfect Strangers" album, which marked the classic lineup's first LP in 11 years. He made one more record with DEEP PURPLE, "The House Of Blue Light", before exiting once again and being replaced by Joe Lynn Turner for 1990's "Slaves And Masters". Gillan returned for 1993's "The Battle Rages On" and has remained with the group ever since.