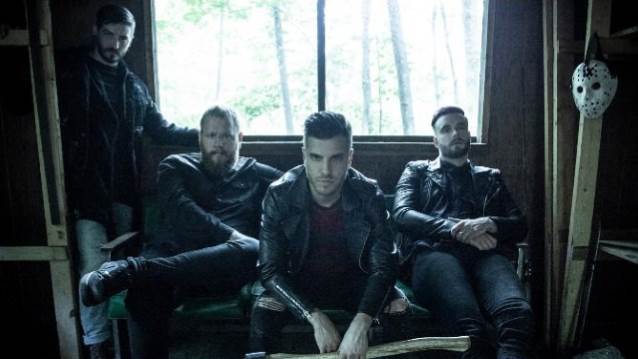 Spencer Charnas, lead singer of the Boston metalcore band ICE NINE KILLS, has partnered with "Scream Comes Home", a Kickstarter campaign that will give fans an opportunity to hang out the house Wes Craven's classic slasher "Scream" was filmed in.

A special experience tier that is being offered as part of the campaign includes a chance to see Charnas perform in the garage of "Scream" character Stuart "Stu" Macher's house in the actual town that played the role of the fictional town of Woodsboro — Santa Rosa, California. The ICE NINE KILLS frontman will play an acoustic cover version of "Youth Of America", BIRDBRAIN's final and most successful single, which was featured in "Scream".

Charnas has a deep love for the horror genre and especially "Scream", as he told the "Scream Addicts" podcast in a 2017 interview.

"I saw 'Scream' in the theaters when I was 11 or 12 years old, and it was the first time I'd ever seen a violent horror movie in the theaters," he said. "I was already a big scary-movie, slasher-movie fan at the time, but I was so young that the only really interaction I'd had with the genre was through VHS tapes, watching all the 'Halloween's and all the 'Friday The 13th' movies. So to actually be in the theater and be seeing one of these movies was extremely, extremely cool to me. And I remember being so terrified in that opening sequence. And the second the killer started to ask Drew Barrymore questions about Jason and Michael Myers, I thought to myself, 'This is gonna be my favorite movie of all time.'"

Behind the "Scream Comes Home" campaign are Nate Ragon, a movie memorabilia collector and a huge "Scream" fan, and Anthony Masi, a horror movie producer and event planner. They will host an overnight party on Halloween weekend (October 27-28) with accompanying "Scream" screening and bus tour of "Woodsboro," with full backing from the homeowners of the home used as Stu's house.

ICE NINE KILLS has a horror-movie obsession and writes material inspired by classic films from the genre.

The band's new album, "The Silver Scream", will be released on October 5.

The official music video for the disc's latest single, "The American Nightmare", with its "Nightmare On Elm Street" inspiration, can be seen below.

We're honored to announce that we've partnered with the SCREAM Comes Home Kickstarter. If funded, this is a once in a lifetime opportunity to visit the house from the original 'SCREAM' with Ice Nine Kills!

The campaign now features the Silver SCREAM INK Experience, which includes an acoustic performance from INK in the infamous SCREAM garage!