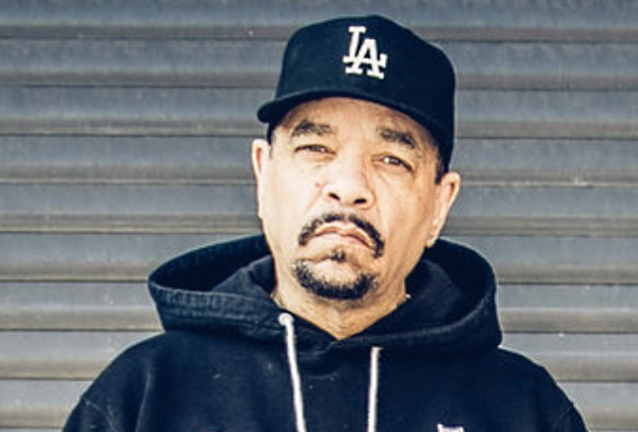 ICE-T Reflects On Controversial BODY COUNT Song 'Cop Killer': 'I Was A Little More Radical Back Then'

In a new interview with the Washington Post, hip-hop legend, actor and director Ice-T spoke about "Cop Killer", the controversial protest song he released in 1992 with his metal band BODY COUNT. The track was said to be a violent revenge fantasy in which the narrator has his "12-gauge sawed off" in order to "dust some cops off."

Asked if he thinks folks will understand "Cop Killer" now more than they did at the time of the track's original release, Ice-T said: "It was a song about somebody who, during a moment like this, got so mad that they went after the cops. We don't want that guy. But a lot of times you warn people by saying this can happen. I never killed no cop. I've written better songs that are more on point with what I believe today. I was a little more radical back then. 'No Lives Matter' addresses my feelings at this moment. You got to remember, 30-years-ago Ice is different than 62-year-old Ice."

Pressed about who the 62-year-old Ice is, he responded: "My correct guidance right now is know your allies and let's continue to go forward. Don't let up. Let's go after Breonna Taylor's killers. Let's get it done."

According to Billboard, "Cop Killer" is not available on any of the streaming services, including Spotify, Apple Music and Amazon Music. It's also not for sale as an iTunes download or a new CD.

"It should be there. It absolutely should be there," says Ernie Cunnigan, also known as BODY COUNT's longtime guitarist Ernie C. "Some of these kids that are out there [protesting], they're 30, 31 — they were newborns when this was going on. What we talked about 30 years ago, we're still talking about."

"Cop Killer" was apparently removed from later versions of BODY COUNT's self-titled album at Ice-T's request after shareholders in Warner Brothers, which released the record, threatened to pull out of the company. The members of BODY COUNT were even threatened with arrest if they played the song live.

At the time, Ice-T said concern for the well-being of the staffs of Warner Bros. Records and Sire Records, who he said had received death threats from police officers as a result of distributing the song, also motivated him to pull "Cop Killer".

As part of the agreement to remove the track, Warner gave Ice-T the masters to "Body Count".