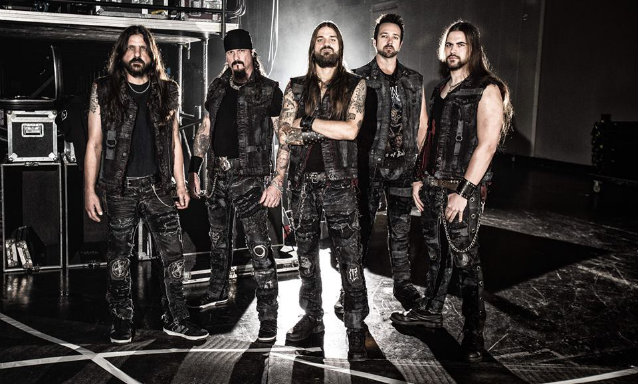 "Among The Living Dead", a brand new song from metal titans ICED EARTH, can be streamed in the YouTube clip below. The track is taken from the band's studio album, "Plagues Of Babylon", which will be released on January 21, 2014 via Century Media Records. The CD was recorded at Principal Studios (KREATOR, IN EXTREMO, GRAVE DIGGER) in Senden, Germany and was mixed at NHow Studios in Berlin, Germany. Guest vocals on "Highwayman" were laid down by VOLBEAT frontman Michael Poulsen and SYMPHONY X/ADRENALINE MOB singer Russell Allen. Guest vocals on "Plagues Of Babylon", "Among The Living Dead", "Democide", "Resistance" and "If I Could See You" are by BLIND GUARDIAN vocalist Hansi Kürsch. The cover and additional artwork was created by Eliran Kantor (TESTAMENT, ATHEIST, HATEBREED).

Album and merchandise packages include the following:

"If I Could See You" performance footage: 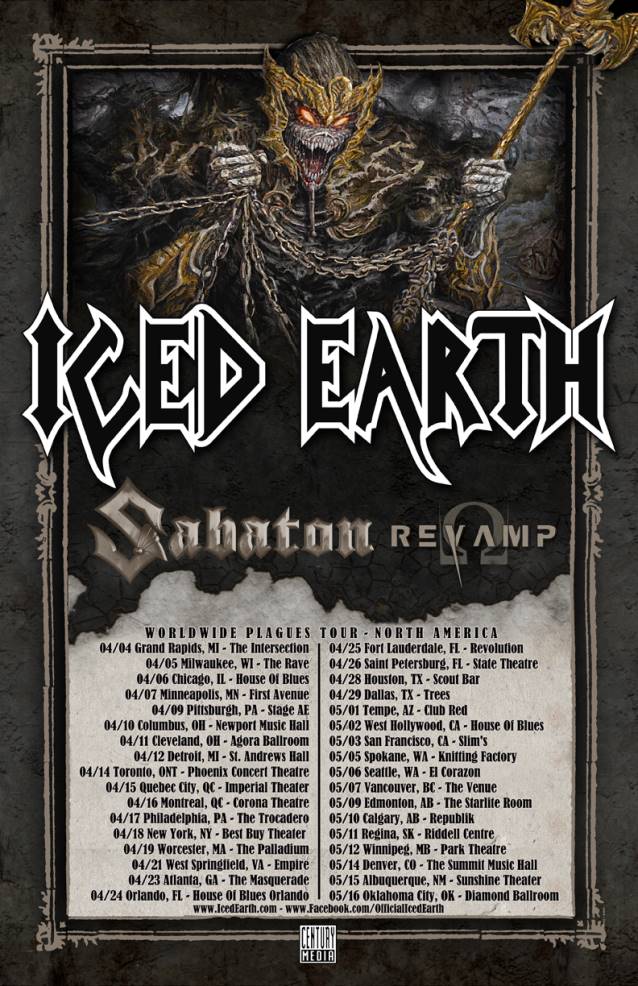