EMPEROR frontman Ihsahn will release "Telemark", the first of two new five-song EPs, on February 14 via Candlelight. The effort will represent the heavier side of Ihsahn's music, while the companion EP — to be released at a later date — will show his more progressive side.

The official music video for "Stridig" can be seen below.

"Having released full-length records nearly every second year since I was 16, I felt it might be time to try something else," Ihsahn, whose real name is Vegard Sverre Tveitan, told U.K.'s Prog magazine. "Also, I wanted to approach what I do in a way that felt natural but also to try to adapt it to the way that music is now performed and experienced. I have seven solo albums out now, so the first EP is like a small recap, in a way. I did touch on some of the same thematics with 'Arktis', but this time it's closer to home, both musically and, dare I say, culturally."

He continued: "The plan is to then follow up this EP with its aesthetic and musical counterpart, wherein I can distil all those more progressive, experimental and mellow elements of my music. Ultimately, it's all a means for me to get some of those ideas out of my system, giving myself space before I delve into the next album."

Regarding the "Telemark" title, Ihsahn said: "It's the county I grew up in and still live in, so the whole thing is situated there and very much inspired by that. So you could say it's a roots-orientated album. I decided early on that I wanted this to be very purely related to black metal aesthetics. I wanted to distil the basic, bare bones black metal influences of my musical roots, given the overall concept, writing something for and from Telemark. I decided to do Norwegian lyrics for the first time, too. It feels very much closer to home in many ways."

Ihsahn spends most of his time touring and recording as a solo artist, while continuing to support EMPEROR's legacy with live reunion shows every few years,

His seventh solo album, "Ámr", came out in May 2018 via Candlelight/Spinefarm. 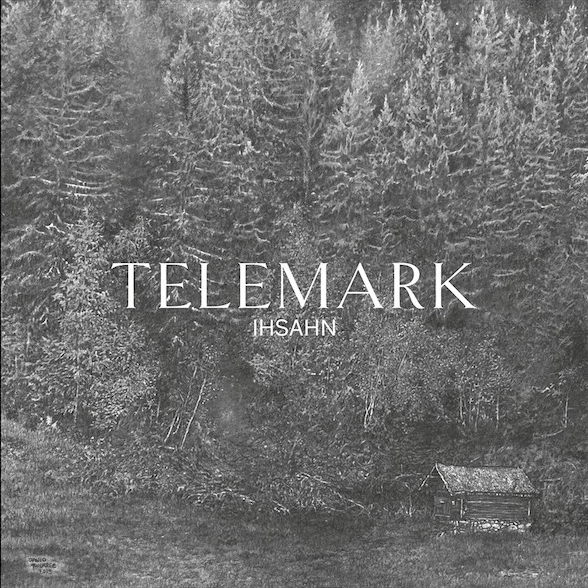