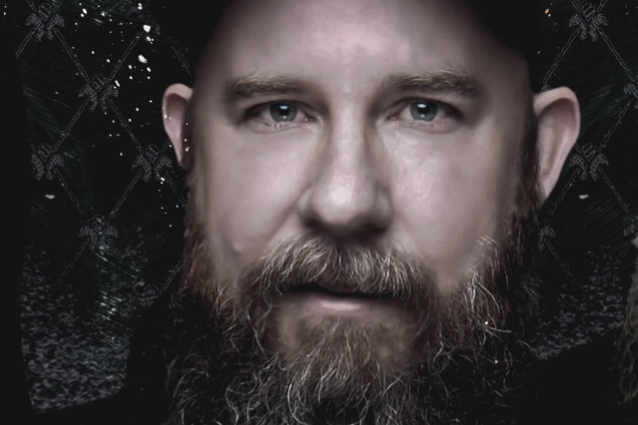 IN FLAMES Frontman On 1990s Gothenburg Metal Scene: 'It Was A Great Time, For Sure'

IN FLAMES frontman Anders Fridén spoke to Graspop Metal Meeting about what is now widely now widely known as "the Gothenburg sound," a subgenre of heavy metal music that combines death metal with the melodious and harmonic elements of the new wave of British heavy metal. The style originated and developed in Sweden (pioneered by AT THE GATES, DARK TRANQUILLITY and IN FLAMES) and the United Kingdom (pioneered by CARCASS) during the early and mid-1990s.

Asked if there is still anything left of the the "Gothenburg metal" scene, Anders said (see video below): "It was a great time, for sure — a lot of great bands coming from that time. But I see all these bands doing really good — DARK TRANQUILLITY released an amazing album [a few years ago]; AT THE GATES is doing really, really well… Even though AMON AMARTH is not from that scene, and OPETH is not really from Gothenburg; ARCH ENEMY — all these bands are doing really, really well, so that makes me very proud, coming from that scene. 'Cause when we started, we had no idea what we were doing. We just tried stealing left and right, trying to create our own little genre or style or whatever, and after a while, people started noticing and then this whole 'Gothenburg sound' [became a thing]."

IN FLAMES is continuing to tour in support of its latest album, "I, The Mask", which was released this past March. The disc was recorded at West Valley Recording Studios in Woodland Hills, California with producer Howard Benson, who also worked on 2016's "Battles".

IN FLAMES guitarist Niclas Engelin sitting out the band's spring and summer European tour dates to focus on "personal matters." Filling in for him once again is former MEGADETH and current ACT OF DEFIANCE guitarist Chris Broderick.

Broderick previously stepped in for Engelin during IN FLAMES' North American shows in February and March.

Earlier this year, IN FLAMES completed separate North American tours with ALL THAT REMAINS and WITHIN TEMPTATION.