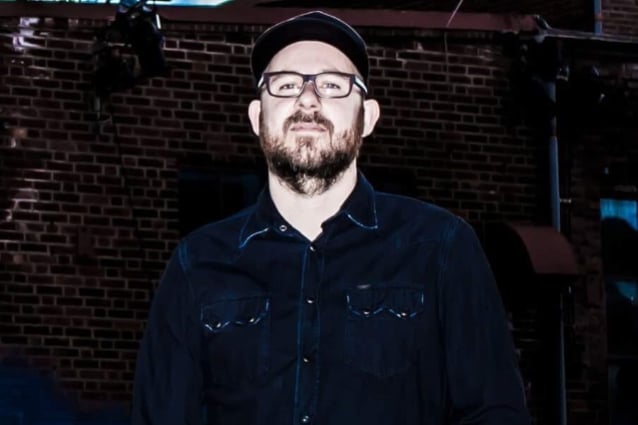 IN FLAMES Frontman: What I Learned From Touring With SLAYER

In a recent interview with PureGrainAudio, IN FLAMES vocalist Anders Fridén was asked to name something he learned from touring with another band that he still takes with him today. "The first time we toured with SLAYER, how they approach their show and their audience," Anders replied. "'Cause their audience is quite demanding and they want a certain era of the band. Even though they release new albums, it seems like their fans could be stuck in certain times or whatever. But SLAYER were treating their fans with so much respect, just getting out there, just hammering it down, even if it was a new song or an older song. And that attitude… that's what I try to do with my stuff as well. 'Cause people pay money to go and see you. No matter how you feel before the show, don't bring that on to your fans on stage. You should give them [your] all. And I think that's an amazing approach, and that's something I wanna do as well."

IN FLAMES recently completed a North American tour with WITHIN TEMPTATION.

The band is continuing to play shows in support of its latest album, "I, The Mask", which was released on March 1 via Nuclear Blast (worldwide, excluding North America) and Eleven Seven Music (North America).

Anders told Cryptic Rock that he became a much better singer through working with producer Howard Benson on "I, The Mask" and 2016's "Battles".

"I am very much home-schooled in my technique," he said. "When I started screaming, in the beginning I just wanted to sound like Mille from KREATOR; I thought that was cool. Even when I was back in DARK TRANQUILLITY at the end of the '80s and early '90s, I wanted to have that raspy screamy voice. I've become better and better at what I do, but at the same time, I have always felt it's mine. I've never tried to be someone I'm not, even though I am inspired by someone like Mille.

"When it came to do 'Battles', I took some vocal lessons on the recommendation of Howard Benson. I saw myself next to someone on the piano doing scales up and down; very intimidating. To my surprise, I had an awesome time; it was really fun. I learned a lot, not only about scales and singing, but about breathing and treating your voice right. I learned what you should do to prepare yourself before and after a show, things you should think about.

"When it came to this album, I called management and I told them I want to do it even more extensively," he said. "They hooked me up and I did three days a week for three months while we were in L.A. It's been extremely rewarding: it helps us when we write and helps what I see and hear now. I think it's even made my growling vocals even better, more clear, and on point; it's really fun. I am still not aiming to be the best singer in the world, but trying to learn my instrument and learn what the whole thing is about. I ignored that for so many years, thinking, 'I don't need that shit,' and here we are. It's sort of like the whole thing about letting go and the control: you surprise yourself if you just do it and get into it. The reward is so much greater than the stubbornness of 'I know best.'"