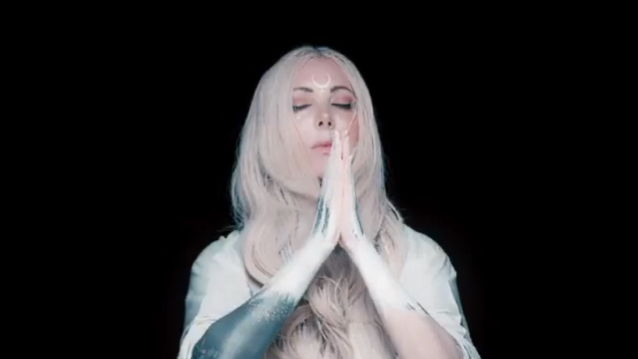 IN THIS MOMENT has released a teaser for the official music video for a new song apparently called "The In-Between". The full track is expected make its online debut on Wednesday, January 22.

Last fall, IN THIS MOMENT began playing another new song called "Legacy" during its concerts. Both tracks are expected to appear on the band's upcoming album, "Mother". The disc was once again recorded at The Hideout Recording Studio in Las Vegas, Nevada with producer Kevin Churko.