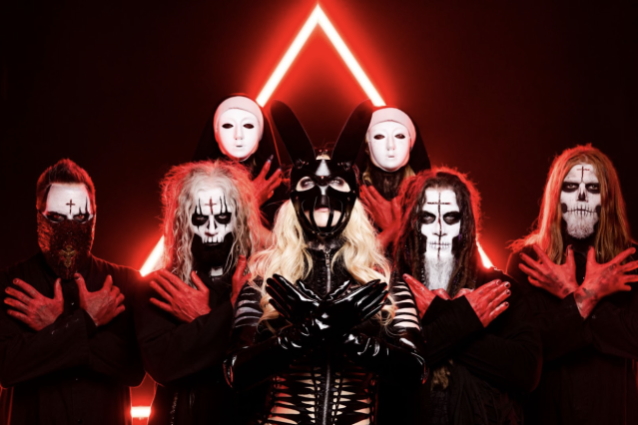 IN THIS MOMENT To Release 'Blood 1983' EP This Fall

Grammy Award-nominated hard rock outfit IN THIS MOMENT has released the song "Whore 1983" from its upcoming EP, "Blood 1983".

The "Blood 1983" EP commemorates the tenth anniversary of IN THIS MOMENT's gold-certified album "Blood" (2012) and will be available digitally across all digital service providers as well as CD on October 21 via BMG.

IN THIS MOMENT singer Maria Brink said: "We are excited to celebrate the tenth anniversary of our album 'Blood' by bringing this new EP to life. 'Blood' changed our lives and shifted our career in a way we will never forget. We created this reimagined version because we wanted to give our beautiful fans something to be excited about. 'Blood 1983' is just that… We can't wait for the world to hear it."

"Blood 1983" was co-produced by Tyler Bates and Dan Haigh, and mixed by Zakk Cervini.

Bates said: "The collab between IN THIS MOMENT, the inimitable Dan Haigh of GUNSHIP and myself yielded an awesome reimagining of four of the band's classic songs; leaning into synth wave and industrial music that has inspired all of us throughout our careers in music. We love it."

This past weekend, IN THIS MOMENT launched its "Blood 1983" tour with special guests NOTHING MORE, SLEEP TOKEN and CHERRY BOMBS. The tour has the group set to take over stages in major markets, including Dallas, Atlanta, Boston, Philadelphia, Cleveland, Los Angeles and Chicago from August through October 2022.

Since coming to life in 2005, IN THIS MOMENT has presided over a diehard fan base under the watch of "mother" figure and frontwoman Maria Brink — joined by co-founder and lead guitarist Chris Howorth, bassist Travis Johnson, guitarist Randy Weitzel and drummer Kent Dimmel. As millions convened upon the group's otherworldly and unforgettable concerts, they quietly emerged as one of the most influential and impactful bands of the 21st century.

To date, in addition to the gold-selling album "Blood", the quintet has garnered two gold singles — "Blood" and "Whore" — followed by Top 25 entries on the Billboard Top 200 with "Black Widow" (2014) and "Ritual" (2017). Bringing their total stream tally well past 200 million as of 2020, "Ritual" elevated them to new creative and critical peaks as well. Between selling out headline tours coast-to-coast, the group performed in arenas everywhere alongside DISTURBED and appeared at countless festivals from Welcome To Rockville to Sonic Temple. Along the way, they assembled their seventh full-length, the aptly titled "Mother" (Roadrunner) with longtime collaborator Kevin Churko (OZZY OSBOURNE, FIVE FINGER DEATH PUNCH). 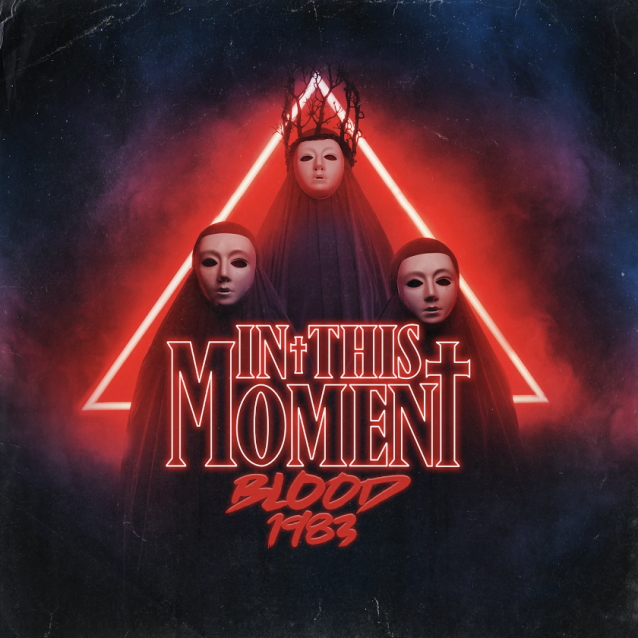