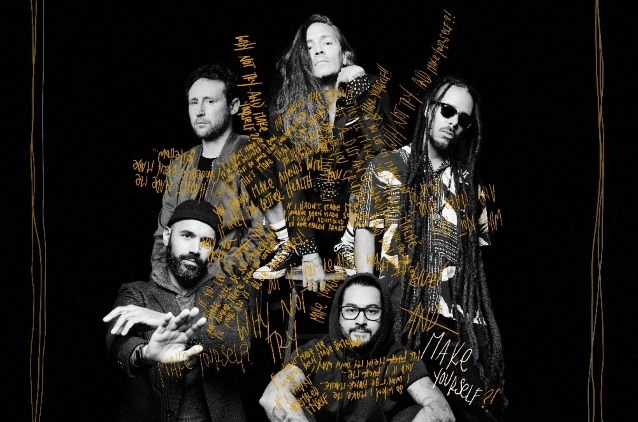 Having sold more than 23 million albums to date, award-winning band INCUBUS has announced today it will be hitting the road to celebrate the 20th anniversary of its platinum-selling album "Make Yourself". The Grammy-nominated act will take the "20 Years Of Make Yourself & Beyond" tour to 39 cities across the country, playing songs from that era as well as other songs spanning their career. Special guests DUB TRIO, WILD BELLE and LE BUTCHERETTES will join on select dates.

Produced by Live Nation, the tour will begin on Friday, September 13 at the Fillmore Auditorium in Denver, Colorado and will travel across cities such as Los Angeles, New York, Nashville and others before concluding Saturday, December 7 at the House of Blues Myrtle Beach. Please see below for full tour itinerary.

Tickets for the tour will go on sale to the general public starting Friday, May 10 at 10 a.m. local time at LiveNation.com. INCUBUS fan presales will begin tomorrow, May 7 at 10 a.m. local time. INCUBUS will also offer VIP upgrade packages for each show with options that include a backstage tour, onstage photo opportunity, invitation to the INCUBUS pre-show jam session, and access to watch the entire show from the side of the stage. For the first time, top-tier VIP tickets will include access to MIXhalo www.mixhalo.com, a breakthrough audio enhancement that enables fans to hear what the band hears onstage. Fans can visit www.VIPNation.com for more information.

The tour announcement will be celebrated with a launch event at the Troubadour on Wednesday, May 8. The band will also launch a pop-up merch shop featuring new custom merch items Monday through Wednesday this week at Brooklyn Projects at 7427 Melrose Avenue, Los Angeles.

"We are so looking forward to this fall tour," said singer Brandon Boyd. "'Make Yourself' was such a pivotal moment in our band and we are beyond excited to reintroduce this album to our audience while also showcasing the many musical roads it ultimately led us down. See you soon!"

The band has cemented its legacy in not just music but in giving back with their nonprofit, the Make Yourself Foundation. The foundation was started in 2003 by the band, and serves as a vehicle for its members to support causes they care about. With the help of fans around the world, the nonprofit raises money and awareness for nonprofits of various categories, and create opportunities to give back to the audience for giving back to the world. Since its inception, MYF has raised several million dollars and awarded grant funding to over 60 nonprofit organizations.

* with DUB TRIO
+ with WILDE BELLE
^ with LE BUTCHERETTES 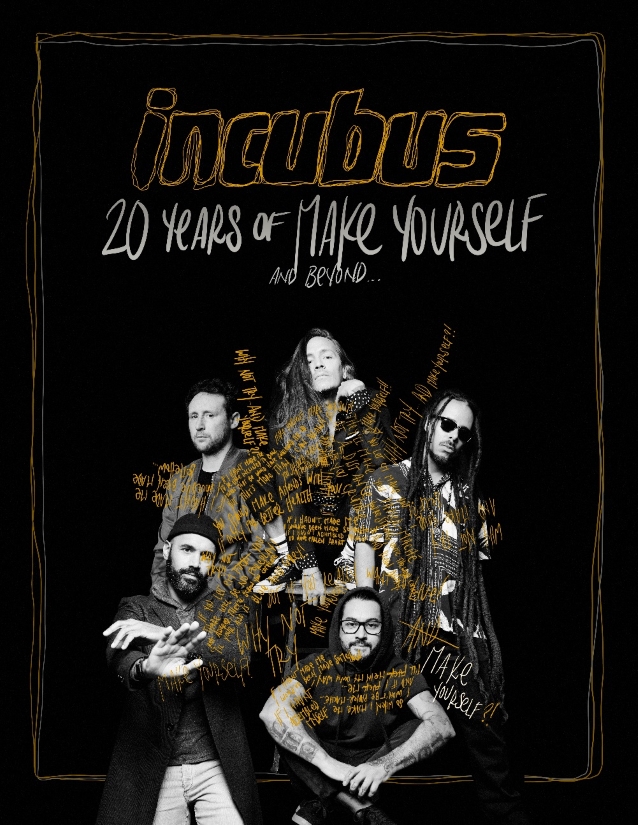