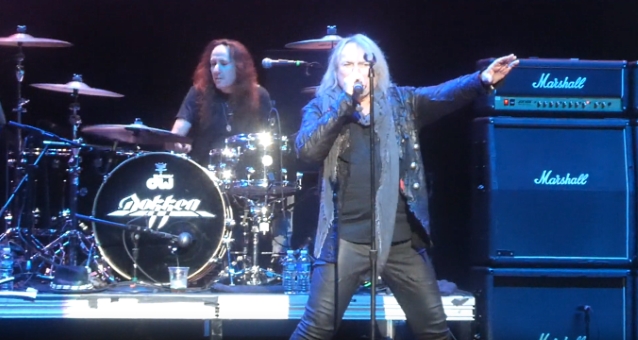 DOKKEN performed without drummer Mick Brown on May 5 at the M3 Rock Festival in Columbia, Maryland. He was temporarily replaced by BJ Zampa (HOUSE OF LORDS),who has filled in for Brown in the past. No explanation regarding Mick's absence from the gig was provided by the band.

DOKKEN's classic lineup — including Dokken, Brown, guitarist George Lynch and bassist/vocalist Jeff Pilson — reunited for a short Japanese tour in the fall of 2016. The trek marked the first time in 21 years the four musicians had hit the road together.

Last fall, Don told "The Classic Metal Show" that his band's next album would be "a classic-sounding DOKKEN record" with "straight-ahead, catchy choruses, cool guitar riffs, burning guitar solos" and "nice grooves." He added: "The dilemma is to try to do that 30 years later without just ripping myself off and regurgitating old DOKKEN riffs."