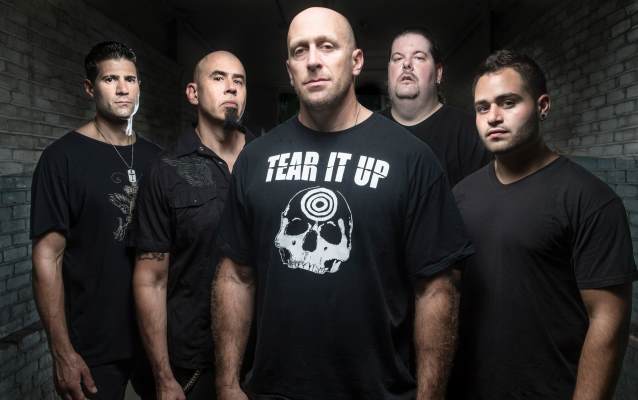 Extreme metal band INDESTRUCTIBLE NOISE COMMAND (I.N.C.) will release its new concept album, "Black Hearse Serenade", on October 21 via Ferocious Records (an affiliate of CDS Records, LLC). You can pre-order the album now at this location.

The artwork for "Black Hearse Serenade" was illustrated by world-renowned dark artist Sam Shearon. Shearon's countless creations include cover art for many popular mediums, including album art for bands such as MINISTRY, BIOHAZARD, ROB ZOMBIE, and more.

I.N.C. guitarist Erik Barath states: "The art reflect the theme that religion can be used as a weapon by those who dwell in its darkest corners."

Barath offers more details on the concept behind "Black Hearse Serenade": "'Black Hearse Serenade' tells a story, set in Southern California, about a broken man, his congregation of runaways, junkies and lost souls and a murderous path to finality. A childhood filled with embarrassment and shame, born of religious zealotry and an overbearing mother, that broken child has now become a man."

The bulk of "Black Hearse Serenade" was recorded at Dexters Lab Recording, the studio owned and operated by Nick Bellmore (otherwise known as Nicholas T. Rage from TOXIC HOLOCAUST, who personally engineered and mixed the album). All of Erik Barath's lead guitars and piano/keyboard parts were recorded in Cyprus with Philip Zilfo. "Black Hearse Serenade" was then mastered by Jeff Lipton at Peerless Mastering.

"Black Hearse Serenade" marks a substantial step forward for I.N.C., while also representing a bit of a departure from the sound they've been recognized for in the past. Fans should expect the unexpected with "Black Hearse Serenade", as each song has its own, unique DNA. I.N.C. has broken out of the thrash box with this album, and hopes to bring its existing fans along for the ride. 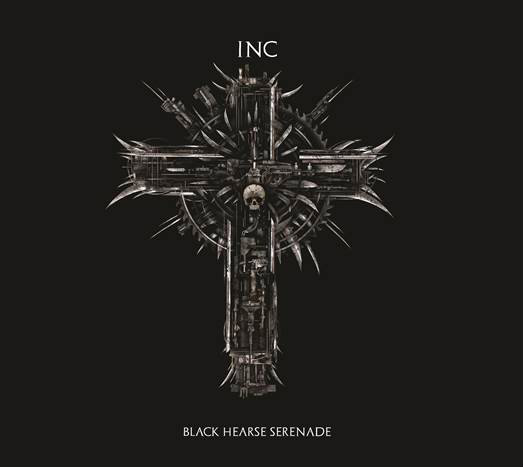