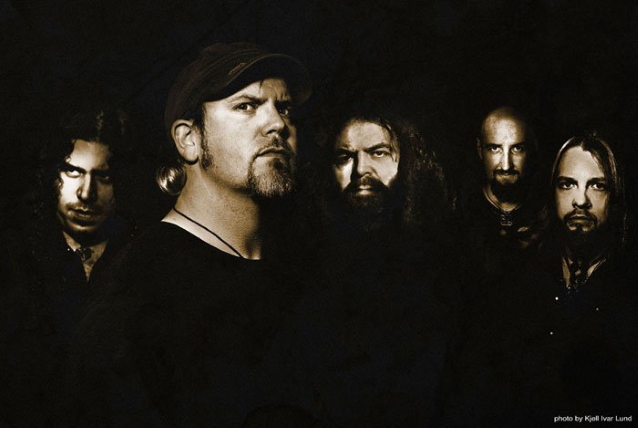 The official lyric video for a skull-crushing new song titled "Betrayer" can be seen below.

Grewe comments: "'Betrayer' kicks in straight away and has a quite remarkable hookline and a riffing that kicks you right into the balls.

"We can't wait to play that song live again, which we did already a couple of times, and even if fans didn't know the song yet, it always got a great response and people freaked/moshed out to it. Lyrically, it deals with stuff everybody has experienced: Getting fucked over/ betrayed by people you actually once trusted/loved to the fullest... this can be girlfriends/boyfriends, bandmates, friends or even family...

"It was a good cathartic event for me when writing these lyrics... from that feeling of total disappointment into anger and finally to expressing it via a song that channelled all those negativity into something positive."

Back in February 2014, INSIDIOUS DISEASE performed the song "Divine Fire" at Blastfest in Bergen, Norway.

Joining Marc and Silenoz at the concert were Terje Andersen (a.k.a. Cyrus; SUSPERIA) on guitar, Emil Wiksten (AEON) on drums and Christian Hagen (a.k.a. Elvorn; SUSPERIA) on bass.