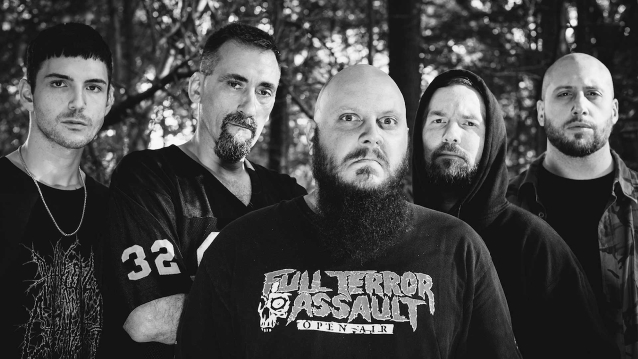 There are forces in our universe that conjure good and evil since the dawn of time. Now upon us, there is a dark force that has created social unrest, anxiety, disparity and above all, a global, viral pandemic that pushes sickness, fear and ultimately, death. These dark forces have taken live music to a level of non-existence because of the fear of the contagion being passed on within our species which could eventually wipe out the entire human race. Realizing that there is no hope in the near future for music to be brought to you in a live performance venue, Trevor Peres from OBITUARY, Joe Cincotta from Full Force Studio and Sean Bell from Forever Dark have joined together creating Dark Forces Live to bring forth your favorite bands in a livestreaming concert event platform.

Dark Forces Live has announced its inaugural livestream event featuring the New York gods of slam INTERNAL BLEEDING, who are performing a set celebrating their three decades of unmatched sonic violence on January 2, 2021. The performance will broadcast from Designatronix Industries, located in Ronkonkoma, New York.

For tickets and all information, go to www.darkforceslive.com

Timing for the performance on January 2, 2021 is as follows:

Speaking on Dark Forces Live, Peres says: "After doing the live streams with OBITUARY, Joe Cincotta, who was doing the sound for the first two streams, asked me if I would want to start up a production/promotion company to produce live streams up in New York. I immediately loved the idea and figured we could help out metal bands that don't know where to start to produce a live stream concert. We put a ton of hours researching and figuring out how this shit works, so we are taking that new found knowledge and experience to other bands and starting Dark Forces Live."

Chris Pervelis of INTERNAL BLEEDING comments: "Welp, 2020 certainly sucked — so let's bring in a new, better year on January 2! Join IB and thousands of fans worldwide and SLAM your way into 2021 with a killer livestream concert."

For over twenty years, INTERNAL BLEEDING has been at the forefront of the underground death metal scene, boasting a relentless DIY work ethic, consistently intense live performances and a commitment to composing some of the heaviest music possible, their breakdown-laden approach directly responsible for the establishment of an entire subgenre of death metal, aptly titled "slam" (a term they began using as early as 1992). In 2018, the New York death metal legends returned once again with their devastatingly heavy sixth full length album, "Corrupting Influence", released via Unique Leader Records to critical acclaim. 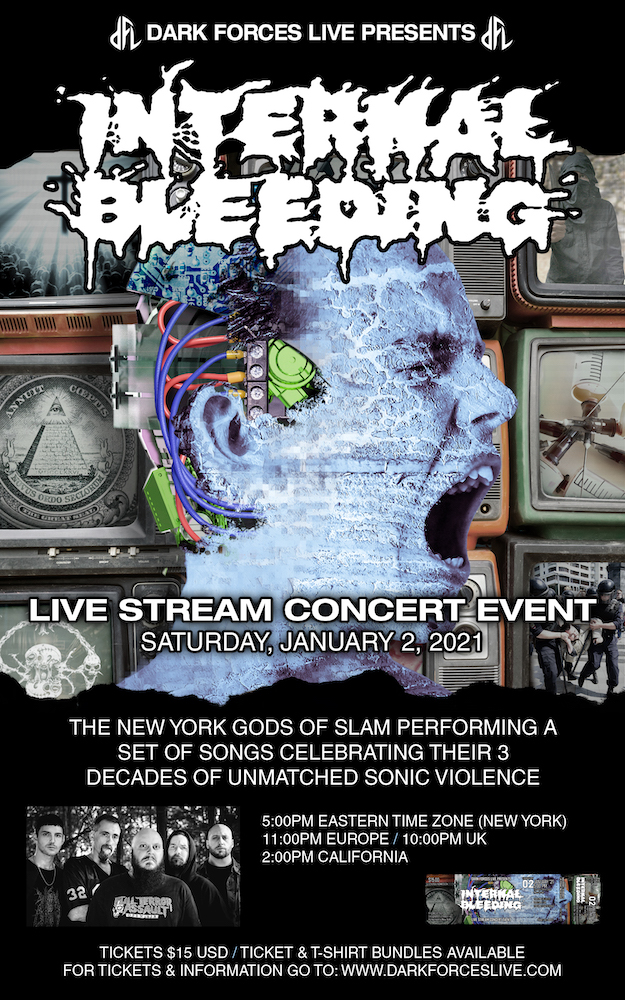