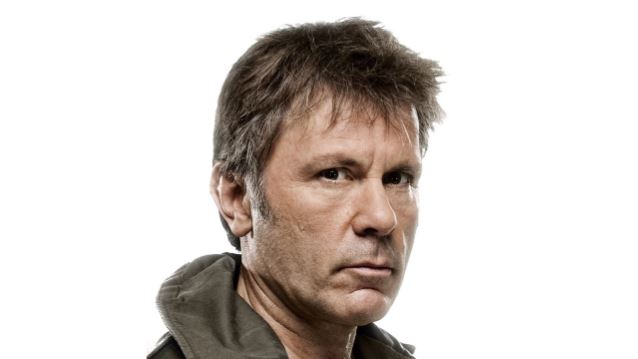 According to Wales Online, IRON MAIDEN singer Bruce Dickinson will personally pay half of the wages owed to some of the staff at the aviation company he chairs after the company was late in paying them.

Dickinson, chairman of Cardiff Aviation, said money had not cleared in time for around a hundred workers who work in maintenance, repair and overhaul, to be paid and apologized to the employees involved. The situation reportedly left the workers without their wages for two weeks.

Dickinson said: "Unfortunately, monies due to Cardiff Aviation will not have cleared in time for our maintenance, repair and overhaul staff to be paid in full before the holiday weekend. I have therefore decided to personally pay 50 percent of wages owed, in advance of Easter.

"I, and the wider management team, truly regret this situation, and appreciate the impact it will have on our team. We expressed our apologies to staff during a briefing earlier today, and reaffirmed our commitment to address the shortfall as soon as possible.

"We anticipate the funds due should clear within the next two weeks – and hopefully sooner — and we will keep staff updated.

"I know Cardiff Aviation has a bright future and as well as apologising for this situation, we have asked staff for their patience as we seek to rectify this as swiftly as we can."

Meanwhile, BBC News reported that Welsh Government and Cardiff Aviation have come to an agreement over the non-payment of rent.

As of January, Dickinson's company had not paid rent to the Welsh Government for the use of a hanger at St. Athan owned by the administration.

In a joint statement, the two organizations said that an "agreement has been reached on the terms of Cardiff Aviation's continued tenancy of St. Athan Business Park."

Cardiff Aviation reportedly employs around a hundred and fifty people specializing in aircraft maintenance and repair, as well as providing pilot training.