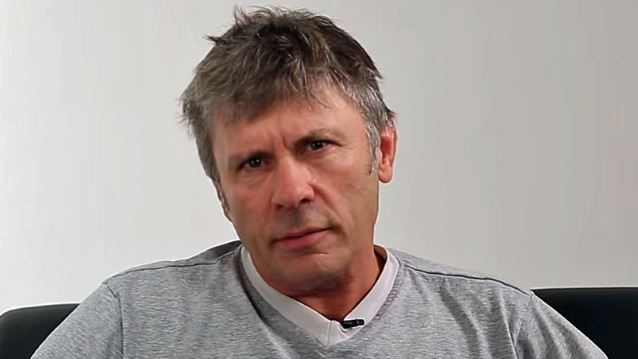 IRON MAIDEN singer Bruce Dickinson has compared the oil market's worst slump in a generation to what happened to the music business fifteen years ago when it refused to adapt to the changes brought about by the Internet.

"People did not want to be thieves — they were just enthusiastic about bands and could not believe their luck," he said.

The singer explained that the oil and gas companies are facing a similar challenge as low oil and natural gas prices are proving to be a short-term ally for environmentalists and consumers but a job killer for the industry.

"It happened to the music industry ten to fifteen years ago," Dickinson told Energy Voice. "The oil industry is like the record industry. It needs to look at what it's doing. It's an energy supplier.

"When record labels got turned over by digital, it did not mean people stopped wanting music. It just meant people did not want to pay for records anymore.

"They still pay for music, only in different ways. They buy the t-shirt, the concert ticket, the merchandise, but the music itself they get pretty much for free.

"For the oil industry, people still need energy, but they will use it and get it in different ways. If the oil industry only concentrates on digging stuff out of the ground it will go the way of the dinosaurs."

Bruce said in a 2015 interview that streaming services like Spotify and Apple Music benefit established artists more than they do the aspiring ones who have yet to break through.

"What's sad, I think, is for the young bands coming up," he said. "'Cause, I mean, how are they gonna make a living? Because, basically, they are being completely stuffed by not so much illegal downloading, although, yeah, that kind of, obviously, goes on and all the rest of it. But the bar is now so low in terms of what value people place on people's creativity and music and stuff like that, and it's just getting driven down into the basement. So it's like the cult of celebrity — you know, those people who have no talent, except being famous and doing stupid stuff. That appears to be more important and have more value than people who have real talent."

IRON MAIDEN's "The Book Of Souls" world tour concluded on August 4 when the band performed at the Wacken Open Air festival in Wacken, Germany, marking the end of the trek that began in late February and touched down on six continents.