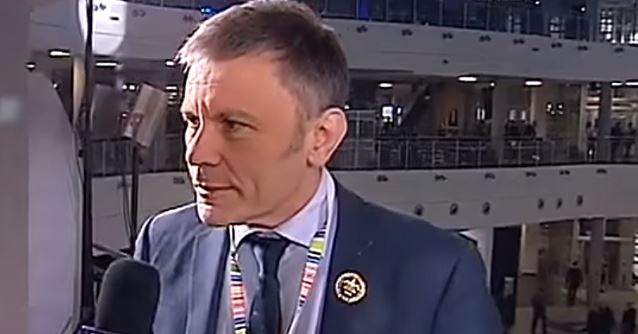 IRON MAIDEN frontman Bruce Dickinson was a guest speaker at Kongres 590, a forum of exchanging ideas and experiences of Polish specialists in areas such as business, science, politics and legislation. The two-day event, which was held November 17-18, was attended by Polish president Andrzej Duda, prime minister Beata Szydło and representatives of public institutions, including Polish Development Fund and PAIiIZ.

A video interview with Dickinson, conducted by TVP3, can be seen below.