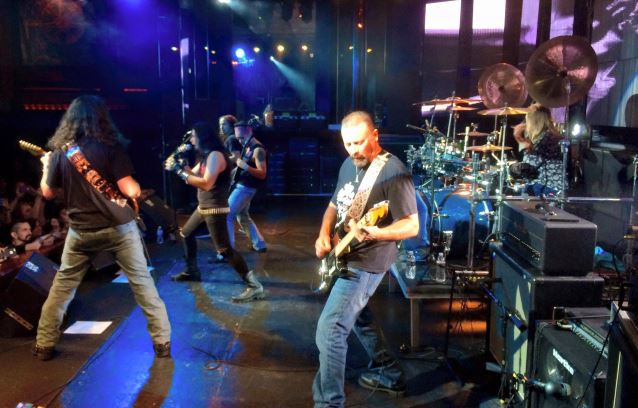 IRON MAIDEN drummer Nicko McBrain and former OVERKILL guitarist Bobby Gustafson joined the heavy metal tribute act MADE OF METAL on stage this past Friday, July 31 at the Culture Room in Ft. Lauderdale, Florida to perform the MAIDEN classic "Two Minutes To Midnight" at a concert hosted by VH1 Classic's "That Metal Show". Fan-filmed video footage can be seen below.

Due globally on September 4 through Parlophone Records (Sanctuary Copyrights/BMG in the U.S.),IRON MAIDEN's new album, "The Book Of Souls", was recorded in Paris, France with producer Kevin "Caveman" Shirley in late 2014, with the finishing touches added earlier this year. However, the band decided to delay its release so that singer Bruce Dickinson, who was recently given the all-clear from the tumor, would have time to recuperate sufficiently to join in the preparations for the album's launch.

Gustafson is involved in a new band called SATANS TAINT, which has made its debut EP, "Songs For The Einherjar", available via iTunes. The effort contains four tracks: "The Hammer And The Cross", "Song For Einherjar", "Battle Of Bravalla" and "Gothic Serpant". Joining Gustafson in the recording lineup for "Songs For The Einherjar" are Jim McCourt on drums, Mark Dykstra on guitar, and Jorgen Kristensen, Blue Heavener and Paolo Velazquez on vocals. 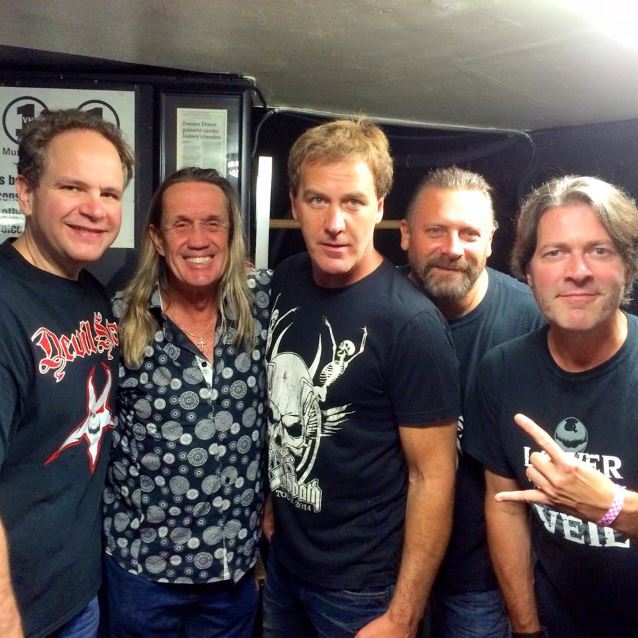