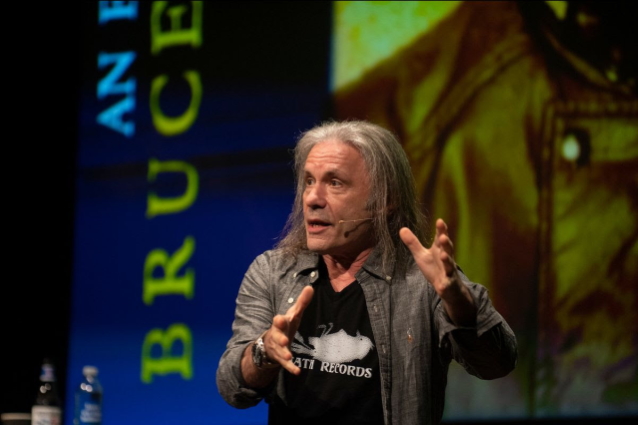 These dates follow on from the six shows of the August 2021 tour, the final two of which had to be rescheduled due to Bruce's quarantining further to a member of his household testing positive for COVID-19, and will now take place on October 16 at London's O2 Shepherd's Bush Empire and October 17 at The Alexandra in Birmingham (all tickets remain valid).

The Liverpool and Edinburgh December 2021 shows will be the final dates for this tour and no further shows will be added in 2021.

The final section of the evening is devoted entirely to a question-and-answer session, with the opportunity to pose questions on any subject whatsoever. As Bruce's answers will all be completely improvised — the more left-field and quirky the question, the more interesting and compelling the response is likely to be!

Don't miss out on this unique opportunity to spend an up-close and personal evening with one of the world's most captivating icons in an intimate environment, as Dickinson brings his "Evening With" show to the U.K. for the very first time, where you are guaranteed a highly entertaining and enjoyable night out and may even go home inspired to try something new. 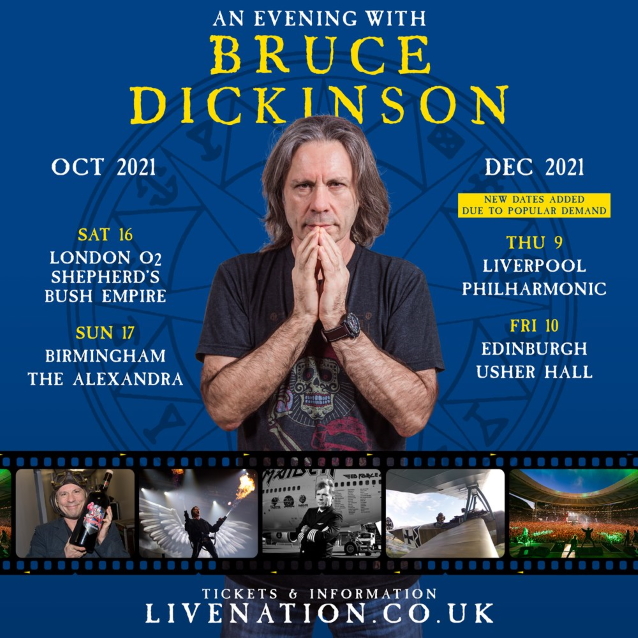