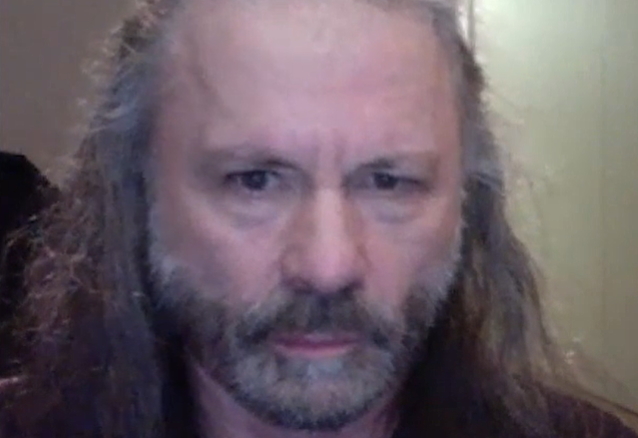 During a recent appearance on the "Next Level Soul" podcast with Alex Ferrari, IRON MAIDEN singer Bruce Dickinson, a true polymath whose accomplishments include pilot and airline captain, aviation entrepreneur, beer brewer, motivational speaker, film scriptwriter, twice-published novelist and Sunday Times best-selling author, radio presenter, TV actor, sports commentator and international fencer, was asked what drives him to excel in a wide variety of pursuits away from his main job. He responded (as transcribed by BLABBERMOUTH.NET): "I'm just curious about how they work. And the only way to find out how something really works is to internalize it. And by internalize it, what I mean is it's very easy to be superficial about something. [It's] not a bad thing being superficial — it's just, like, I take an interest in blah, and I do it for one day a week for an hour and a half. And I'll never really be any good at it, 'cause you can't be any good at it if that's all you do. It's my hobby and then I'll give it up and find another hobby and blah blah blah. And that's great, but that pisses me off. I mean, me. Other people — fine; I'm not gonna condemn other people for doing what they do. But it seems to me to be pointless to invest your time in things at which you are not really passionate about. So the alternative is to be passionate about everything you do in some way. Which means that you end up having to make commitments, because that passion means there's a constant thirst to want to know more."

He continued: "What makes this beast tick? What is it really like to be in… For example, when I learned to fly. Lots of musicians learn to fly; lots of actors learn to fly. And then I thought it would be really nice to go and fly myself around to some gigs. Then it becomes more complicated, because you've gotta actually get there, and depending on the weather, you've gotta have more qualifications and blah blah blah… And then finally I got to the point where I thought there's so much more to learn here, the only way to learn, to dig really deep is to get a job and actually be a professional pilot. And not being John Travolta and being unable to afford to buy my own jet, I thought I've gotta get a job and fly someone else's. So, believe it or not, that's what happened via a series of chance and happenstance. Much the same way that I ended up getting the job in IRON MAIDEN is actually how I ended up getting the job in an airline."

As previously reported, Bruce is teaming up with filmmaker Sacha Gervasi ("Anvil: The Story Of Anvil!" ) to co-write a narrative screenplay about the legendary concert Dickinson played with his solo band during the wartime siege in Sarajevo, Bosnia-Herzegovina.

Dickinson and his band came to Sarajevo with the help of UN troops in 1994 and held a concert at the Bosnian Cultural Centre. At the time, the city was cut off from the world, its citizens brutally terrorized by shooting, bombing and starvation with electricity and water supply being nothing short of a luxury. Bruce and his then-solo band drove through the frontlines and ultimately played a show for the people trapped in the city. What this gig meant to the people and how it changed Bruce and his band is told in the 2016 documentary "Scream For Me Sarajevo".

"Scream For Me Sarajevo" was released in 2018 on DVD, Blu-ray and digital via Eagle Vision. In addition, the music from the film was issued on CD/double LP via BMG.