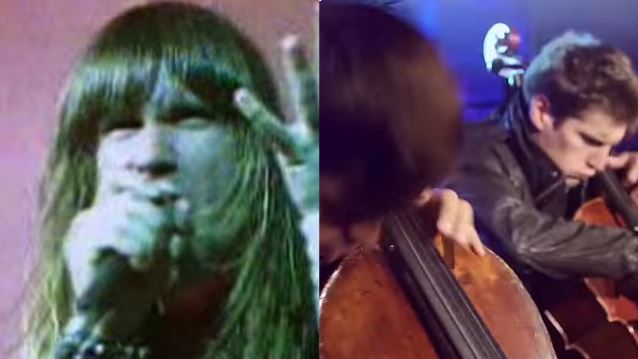 Austrian DJ/remixer DJ Schmolli's brand new mash-up of IRON MAIDEN's "The Trooper" and 2CELLOS' cover version of AVICII's "Wake Me Up" can be heard below.

DJ Schmolli, who was responsible for another MAIDEN-related mash-up, "The Trooper Believer" (IRON MAIDEN vs. THE MONKEES),says: "It's another use of [IRON MAIDEN singer] Bruce Dickinson's vocals but this time it is mixed with Croatian cello duo 2CELLOS' cover version of AVICII's 'Wake Me Up'. 2CELLOS do excellent covers of rock and metal tunes and are about to release their new album, 'Celloverse'. The basic of my mashup is their cover of 'Wake Me Up' but I also featured their version of 'The Trooper' and a little bit of [METALLICA's] 'Enter Sandman'."

The artwork for "Wake The Trooper" was created by Brazilian artists Sassà and can be seen below.

"The Trooper", IRON MAIDEN's ninth single and the second from their 1983 album "Piece of Mind", was released on June 20, 1983. The song is about the Battle of Balaclava in 1854 during the Crimean War, and is at least partially based upon Alfred Lord Tennyson's poem "The Charge of the Light Brigade", taking the viewpoint of one of the slain troopers, who, in the cover art, is perceived as a bald Eddie. 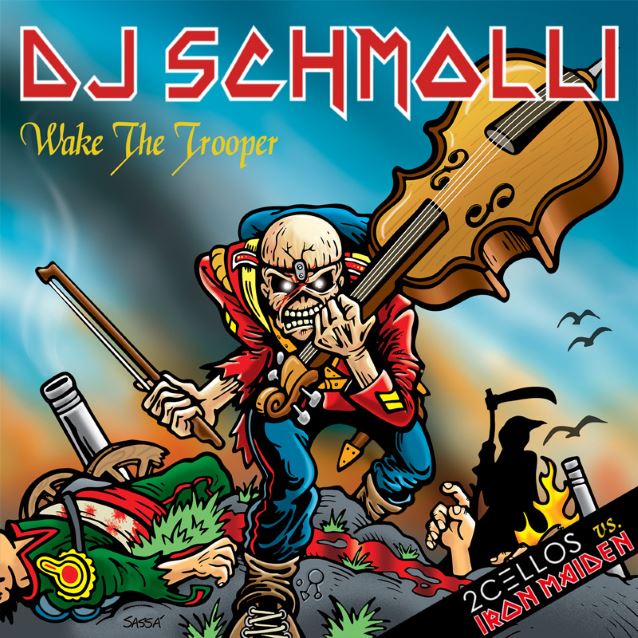