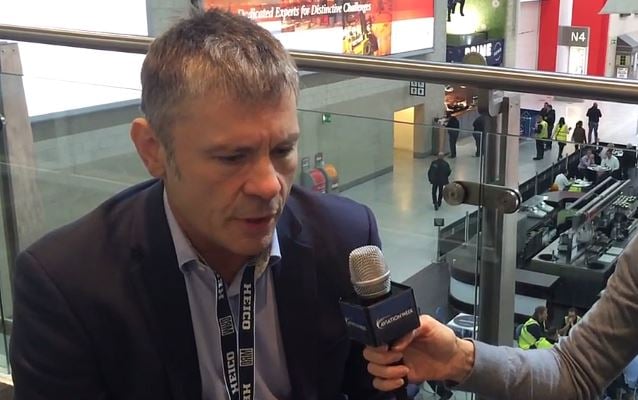 IRON MAIDEN's BRUCE DICKINSON: How To Turn Customers Into Fans

Before his keynote speech at MRO Europe, IRON MAIDEN singer Bruce Dickinson, owner of Cardiff Aviation, spoke to Aviation Week about the lessons he has learned from his touring life and how it applies to the aviation MRO (Manufacturing, Repair and Operations) industry.

Dickinson is an entrepreneur and pilot, with experience as an airline captain on the Boeing 757 and 737. He supervises all aspects of Cardiff Aviation's operations, including its MRO facilities, which can accommodate up to four narrow-body airliners and boasts a number of major operators as regular customers.

On what lessons from his touring life with IRON MAIDEN he has applied to running an MRO facility:

"Well, it's interesting in the rock and roll world, because we work, obviously, around the clock on tour, to get the band on stage, to get the gear in. It loads in at seven in the morning. It loads out at… Well, the show finishes at eleven, and by one o'clock, those eight or ten trucks are loaded and rolling. And seven o'clock the next morning, it goes into the next venue. That cycle of planning and getting everything like a well-oiled machine, it's exactly what MROs should be like. And what we discovered when I was working as an airline pilot was that very often MROs were always expensive and always late. So the thing you learn from working in rock and roll is don't be like those MROs when you're gonna put your own company back together, and be able to be flexible. I mean, the whole thing about MROs is you're talking to customers at the end of the day. People go on these airplanes. If people aren't flying on the airplanes, it costs the customer money, and the customer is people too. Their jobs depend on having that airplane out of the hangar and working."

On the parallels between the aviation industry and the music industry:

"Well, yeah, weirdly enough, I think there are [similarities]. Certainly in creating the concept of our series of businesses. You know, we've got three: pilot training, an airline and the MRO, all as one big sort of bubble, as it were, a one-stop shop. That's something which, as a musician, we've become used to, particularly since the whole digital thing and since traditional record companies all fell over, and all the traditional models all fell on their heads, yet people still need music; people still demand it even more than they ever did. So you've got a product that everybody wants, it's just got to be looked at in a different way. And I think that aviation maintenance, in a bubble by itself, really, it's hard to see how it can just exist in that way, because it's so inter-related with everything else that happens in aviation. It is one big world."

On turning customers into fans:

"'Customers into fans' is something that cropped up as sort of a catchphrase. I do quite a bit of… I've ended up doing a bit of corporate speaking, and everybody loves this idea that… How do you turn customers into fans? And effectively, it just comes down to relationships. It's down to thinking about…. The way I put it is this… I always say, 'I hate customers.' People say, 'You need to look after your customers.' And I say I hate customers, 'cause customers can walk away. But if you have a reasonably good relationship with your wife or your partner or whatever, every time you have an argument, you don't walk away. Why? Because you have a relationship. And so the key to developing long-term strategies for your company, or an MRO, is to develop relationships and trust with customers, so they don't just be customers, they're friends. And if they're friends, and you have relationships, when you screw up, and you will, and they will… Those are the sorts of things where, if you have a relationship, you can work it out. And you work it out in the correct spirit. If you have this adversarial thing, then, for me, it's not really the way I wanna do business, it's not the way I wanna work with people. It's looking at building long-term value, and that means a relationship, and that means trust."