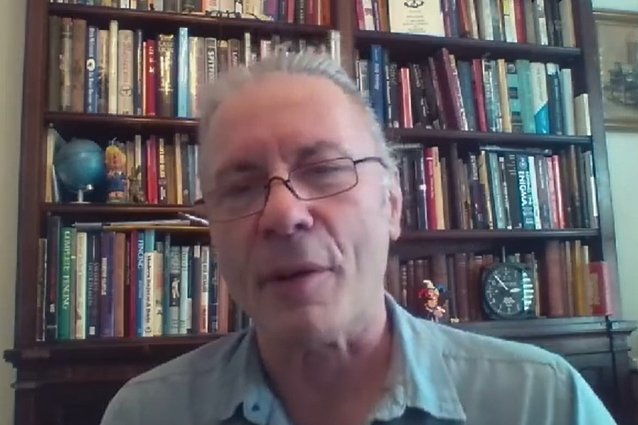 During an appearance at last month's Telekom Tech Grounds virtual event, IRON MAIDEN singer Bruce Dickinson shared some of his early record store memories. He said (as transcribed by BLABBERMOUTH.NET): "Record stores, when I was a kid, before the Internet — you can go and listen to everything for free now on the Internet, but back then it was a bit more difficult. You would have to go into an actual record store and you would ask to listen to a record and you'd listen to probably most of the album and you wouldn't buy it, 'cause you didn't have any money. But you were in the store with all these people who loved music, and you'd talk about music and you'd hang out. And just being there was like being recharged when you were a kid. It was just, like, 'Oh my God. I've got school. I've got this. I've got that. I wanna escape my parents.' Blah blah blah. You get on a bus, you go to the record store, you hang out and meet all these people who think and talk music and think like you, and your life is suddenly better."

Back in October 2017, Dickinson's autobiography, "What Does This Button Do?", landed at No. 10 on the New York Times "Hardcover Nonfiction" best sellers list. It was released in the U.S. via Dey Street Books (formerly It Books),an imprint of HarperCollins Publishers.