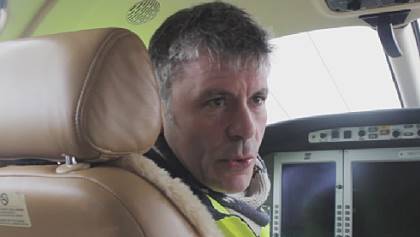 Bruce Dickinson, lead singer of the group IRON MAIDEN, entrepreneur, and commercial airline pilot, will hold a press conference to launch the new production model Eclipse 550 in Europe at Aero Friedrichshafen on Friday, April 11 at 2:30 p.m. in Hall A3.

Dickinson, Executive Chairman of Aeris Aviation Ltd, the exclusive European distributor for Eclipse Aerospace, received his type rating in the Eclipse Jet last year. Says Dickinson: "The new Eclipse 550 is the dawn of a new era of business jets. Long gone are the days where high net worth individuals and companies are happy to spend huge sums on relatively short flights. The future is all about being lean and mean and operating in a sensible, efficient, and economic way."

Eclipse Aerospace announced the start of production of the Eclipse 550 Jet at their Albuquerque facility in June of 2012. Since then, EAI has engaged in a major effort to validate and improve their manufacturing processes in order to bring a renewed efficiency to Eclipse 550 production. Eclipse Aerospace has also recertified the complete supplier base and improved many of the subsystems in the original Eclipse 500 design, adding features such as synthetic vision, enhanced vision, an electronically actuated anti-skid brake system, and the only auto throttle system in its class.

Dickinson sees the new Eclipse 550 integrating seamlessly into current general aviation operations across Europe, saying: "With a range of 1100 nautical miles in just three hours, Europe is the ideal territory for this jet and we can see the 550 being used by companies, individuals, and charter operations alike. It is faster than any other jet or turboprop in its class and less expensive than many single-engine turboprops. I am delighted to be connected with the programme and look forward to helping to establish the jet in Europe over the next few years."

Dickinson will appear publicly at Aero Friedrichshafen at 2:30 p.m. on Friday, April 11 at the Aeris Aviation stand (Hall A3). Aeris will have their Total Eclipse demonstrator jet on display.