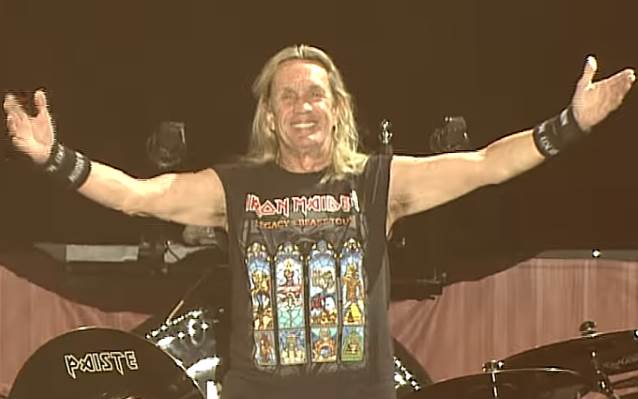 IRON MAIDEN drummer Nicko McBrain celebrated his 66th birthday on Tuesday (June 5) while on tour with his bandmates in Copenhagen, Denmark. Video footage of the musicians marking the occasion can be seen below.

With 13 studio and seven live albums currently under his belt with MAIDEN, Nicko's role as the driving force behind the band's sound has served as a major influence to many of today's top drummers and solidified his place in music history.