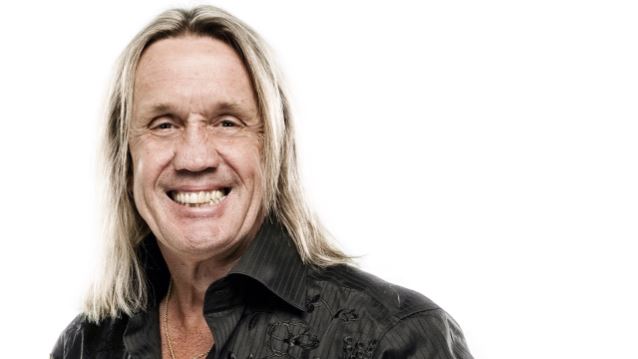 IRON MAIDEN drummer Nicko McBrain says that his bandmate Bruce Dickinson's tongue-cancer battle inspired him to get sober, explaining that "it made me realize how stupid I was being."

Bruce's diagnosis came in early 2015, shortly after MAIDEN completed work on its sixteenth studio album, "The Book Of Souls".

"We recorded that album with Bruce knowing that something wasn't right," Nicko told The Drummer's Journal in a new interview. "It was only after we finished recording that he went to the doctors. When the news came back that he had cancer, I was just concerned for a friend. Plus it made me think about my own situation, my own health."

He continued: "When he got the 'all clear,' I looked at Bruce and thought, 'Here's my mate, he's been through hell, beaten cancer, and none of it was his fault.' And there I was, putting myself through hell too, except I was doing it to myself with drink. So I knew I had to stop. I took a lot of inspiration from Bruce; it made me realize how stupid I was being."

McBrain, who is a dedicated Christian, revealed that he knew his drinking was getting bad when he saw footage of an interview he had done when he was inebriated. "I'd probably been drinking for about four days straight," he said. "My eyes were red and bloodshot, I was slurring words and not making any sense. I don't remember doing the interview at all. I realized that is not good situation to be in. So I haven't had a drink in a while now. I'm not saying I'll never have another but something had to change."

According to McBrain, staying sober is a daily struggle for him, especially when he is attending social functions at which alcohol is present.

"I was at dinner last night with some friends and everyone was getting a bit drunk," he recalled. "I love red wine and this bottle went right past me, and I immediately thought, 'Give me that bottle,' but I let it go. It wasn't a nice feeling. I know that all it would take is one drink. But I'm just glad Bruce is alright. He seems to be running on twenty cylinders at the moment."

In 1999, McBrain heard a "calling" from God and converted to Christianity, after his wife Rebecca prayed for him. When he walked into a church, he said, "I just sat there thinking, 'I didn't drink last night. Why can't I stand?'" Since then, Nicko has had "this love affair with Jesus going on in [his] heart."

IRON MAIDEN's world tour, in support of "The Book Of Souls", kicked off on February 24 in Sunrise, Florida (a suburb of Fort Lauderdale).