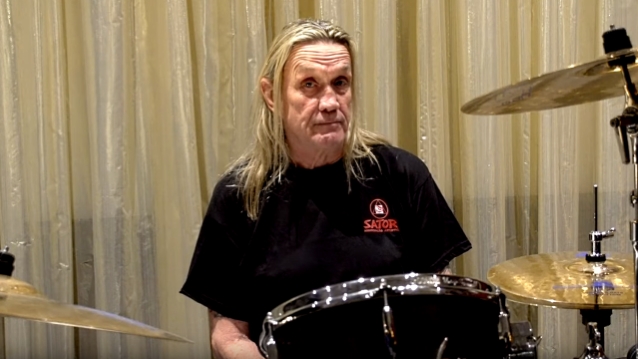 Ahead of IRON MAIDEN's 2019 shows, drummer Nicko McBrain takes us through the "Legacy Of The Beast" setlist in his own inimitable style. Check out all seven videos below.

MAIDEN's "Legacy Of The Beast" tour will hit 33 cities across the U.S. and Canada beginning in July. Support on the trek comes from THE RAVEN AGE. Additionally, FOZZY will be guests for the Banc Of California Stadium show in Los Angeles.

The band's triumphant first leg of the "Legacy Of The Beast" tour opened in Europe last year to outstanding critical acclaim, not just by the 750,000-plus fans who came to see the show but right across national press and rock media, including The Times (U.K.) newspaper calling it "an extraordinary show filled with world class theatrics… a masterclass in performance and staging."