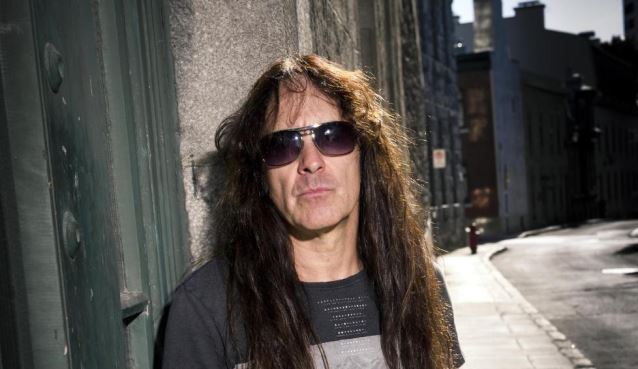 According to Harlow Star, IRON MAIDEN bassist Steve Harris has dropped almost another million pounds from the asking price of his eight-bedroom mansion in Essex.

Check out photos of the home at RightMove.co.uk

A description of the property reads as follows: "Approached via a pretty country lane and private gated entrance into a sweeping gravel driveway with large parking area, Sheering Hall is an historic substantial medieval country house of some 11,000 square feet full of character and period features throughout. It is grade II listed and there has been a house on the site since the Domesday Book and parts of the house date back to 1427. The property offers a fantastic variety of facilities for entertaining on a grand scale.

"Surrounding the entrance hall with its exposed beams and open fireplace are the three main reception rooms. The sitting room and drawing room both have fine detail and character with floor to ceiling oak panelled walls and high ceilings with guilded ornate cornicing. The drawing room boasts a grand wooden carved fireplace with wood burner. The kitchen benefits from a four-oven aga and raised breakfast area and from the kitchen there is access to the playroom, boot room and utility area.

"Through a further hallway is access to your own private and fully equipped pub 'The Horse And Cart' complete with ale on tap. From the second hallway, further leisure amenities extend to an impressive media room, again with a high ornately decorated ceiling and an office, editing studio and equipment store. A second staircase leads to the bespoke indoor heated swimming pool with truly unique hand painted mural tiles and wall murals with raised gym area, 2 separate recreational areas, changing room, separate kitchen and impressive split level galleried recording studio.

"From the entrance hall, the main wood panelled staircase leads up to the first floor with the principal bedroom, dressing room and en suite bathroom, there are 7 further bedrooms, a family bathroom and three shower rooms as well as staff accommodation consisting of bedroom, shower room, sitting room and kitchen which can also be accessed via the second staircase. Additionally there is a separate 3 bedroom coach house with sitting room, 2 shower rooms, extensive garaging and workshop." 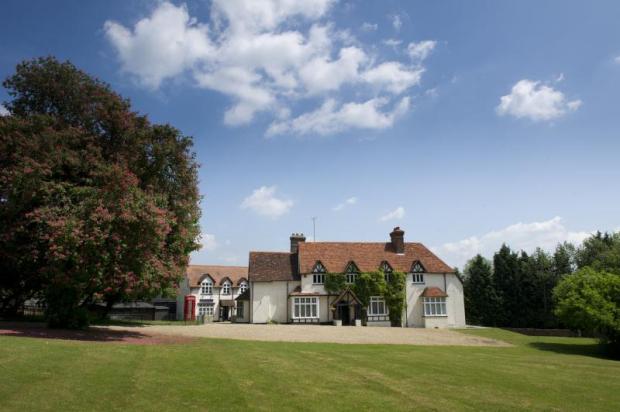 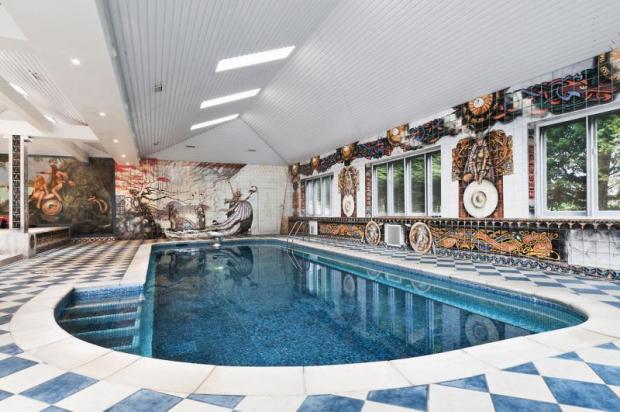 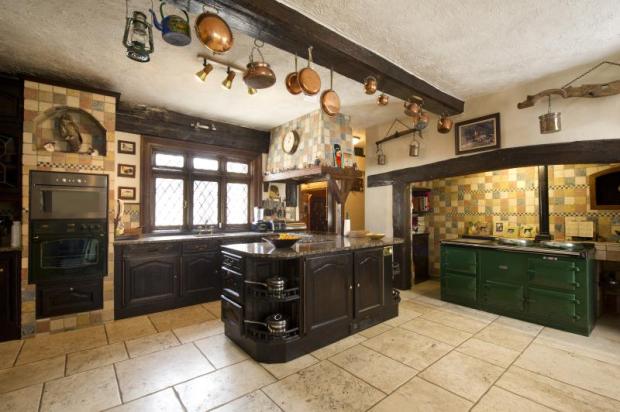