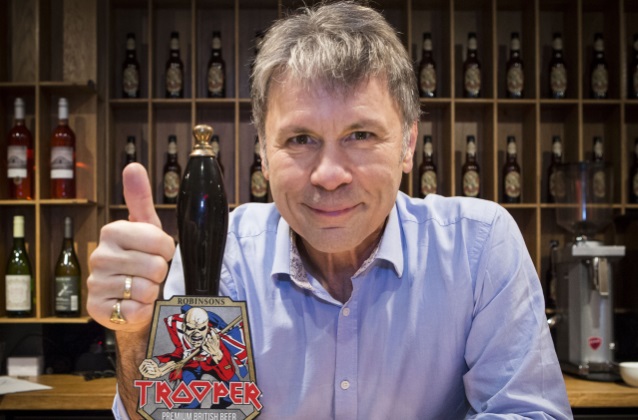 Since its launch in 2013, the 4.7% ABV premium British beer has sold over 20 million pints, firmly establishing itself as a top 40 U.K. beer brand, whilst becoming a leading player amongst exported British ales, having been sold in over 50 countries worldwide.

2018 has also seen the launch of Light Brigade, a 4.1% ABV Golden beer brewed in support of Help For Heroes, the British charity that provides recovery and support for the armed forces community whose lives are affected by their service, which is currently being rolled out across the U.K.

These beers are the brainchild of IRON MAIDEN vocalist and ale aficionado Bruce Dickinson, working in partnership with Robinsons's head brewer, Martyn Weeks.

Dickinson commented: "I'm incredibly proud of the success that Trooper has had, and long may it continue. To sell over 20 million pints in five years is something that we couldn't have imagined when we started out with just the simple plan to make a great session ale that didn't compromise on flavor, and the quality of the end product speaks for itself.

"It has been great fun to work with Robinsons on Trooper and the various limited editions that we have created, each of which have been unique in their own way, and it's exciting to see the reaction that our latest beer, Light Brigade, has had too. I'm delighted that our fans and beer lovers worldwide have enjoyed them so much, and who knows what we will come up with next... Cheers!"

Oliver Robinson, managing director (beer division) of Robinsons Brewery, added: "The fact that Trooper is celebrating its fifth birthday shows that it isn't just a 'flash in the pan.' Together with Bruce and IRON MAIDEN we have created a globally renowned beer, which continues to venture into new countries (57 and counting!) and allows us to experiment with Trooper limited-edition beers. It's a project that continues to excite everyone at the brewery and I look forward to seeing what Bruce and Martyn are planning for the future!"

To celebrate the fifth birthday, Trooper fans can get their hands on a limited-edition badge at one of 86 stockists across the U.K. Details can be found at www.ironmaidenbeer.com. 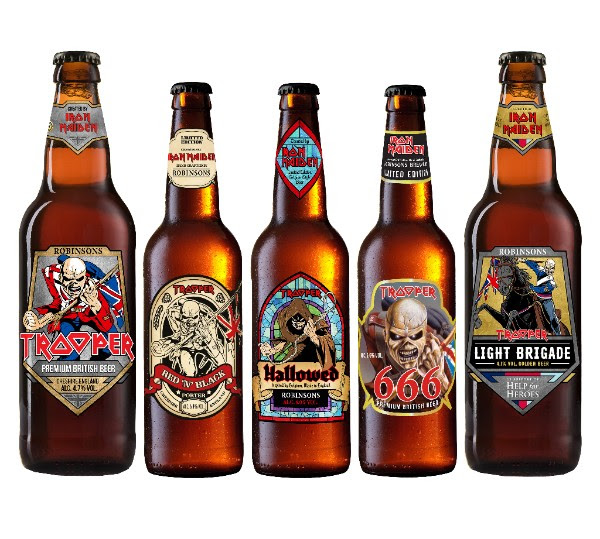