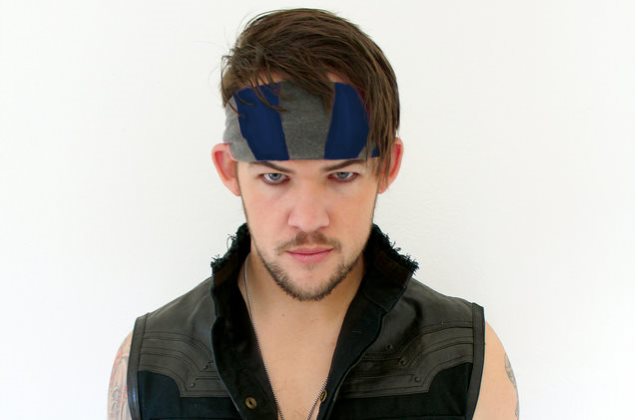 QUIET RIOT drummer Franke Banali has confirmed to Billboard that the band has split with singer Seann Nicols (a.k.a. Sheldon Tarsha; formerly of ADLER'S APPETITE) and has replaced him with "American Idol" finalist James Durbin.

Nicols, who joined QUIET RIOT after last year's departure of Jizzy Pearl, was with the band long enough to record the vocals for the group's upcoming album, "Road Rage", but "after doing all of five live shows [with Nicols], it became apparent to everybody that it really wasn't going to work," Banali said. "There were some serious creative and personal differences. I'm not the type of person who will stay in a bad marriage for the kids — the kids in this case being QUIET RIOT. It was unanimous it could not go any further."

He continued: "There's no comfortable thing about this situation. I think the record turned out great. But it's not that band anymore, so we have to deal with it. Is it troublesome? Absolutely. Is it risky? Absolutely. Is it the right thing to do? Absolutely!"

Durbin, who recently collaborated with QUIET RIOT guitarist Alex Grossi on the "Maps To The Hollywood Scars" EP, said about his addition to the band: "I'm really looking forward to putting my spin on it as a singer. I feel I'm much more melodic in my singing than some of the singers QUIET RIOT has featured in the past, so I'm looking forward to soaring those vocals over the crowd."

Durbin will make his live debut with QUIET RIOT on March 18 at The Cotillion in Wichita, Kansas. A handful of additional North American dates will take place during the next two months.

"Road Rage" will be released on April 21 via Frontiers Music Srl.

Banali revived QUIET RIOT in 2010, three years after original singer Kevin DuBrow's death, along with Grossi and bassist Chuck Wright. The group went through two vocalists — Mark Huff and Scott Vokoun — before settling on Pearl in 2013.