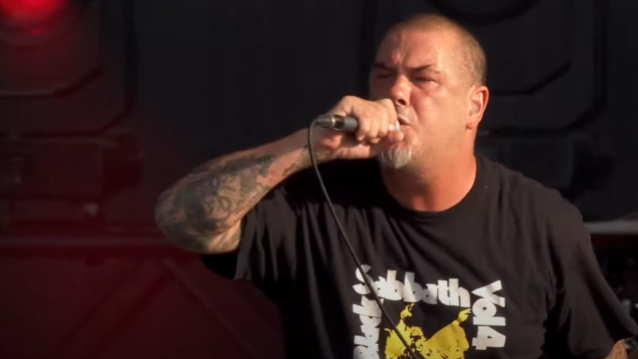 PANTERA will co-headline the first night of this year's edition of Mexico's Hell & Heaven Metal Fest. The reactivated band will share the stage with SCORPIONS, MESHUGGAH, ARCH ENEMY, EPICA and CRADLE OF FILTH, among other artists, on December 2 at Foro Pegaso in Toluca.

Launched in 2010, Hell & Heaven Metal Fest is an open-air heavy metal music festival which takes place annually near Mexico City. With over 30,000 festival visitors, it attracts metal music fans of all subgenres including thrash metal, black metal, death metal, power metal, gothic metal, folk metal, and even metalcore, nu metal, hard rock from all over the world. The festival is mostly attended by a Mexican audience from all around the country, but attracts a large number of visitors from Central and South America, as well as fans from Europe and other parts of the world.

"We are thrilled to be working with such an iconic band and bringing their music back to the fans," Pappalardo told Billboard. 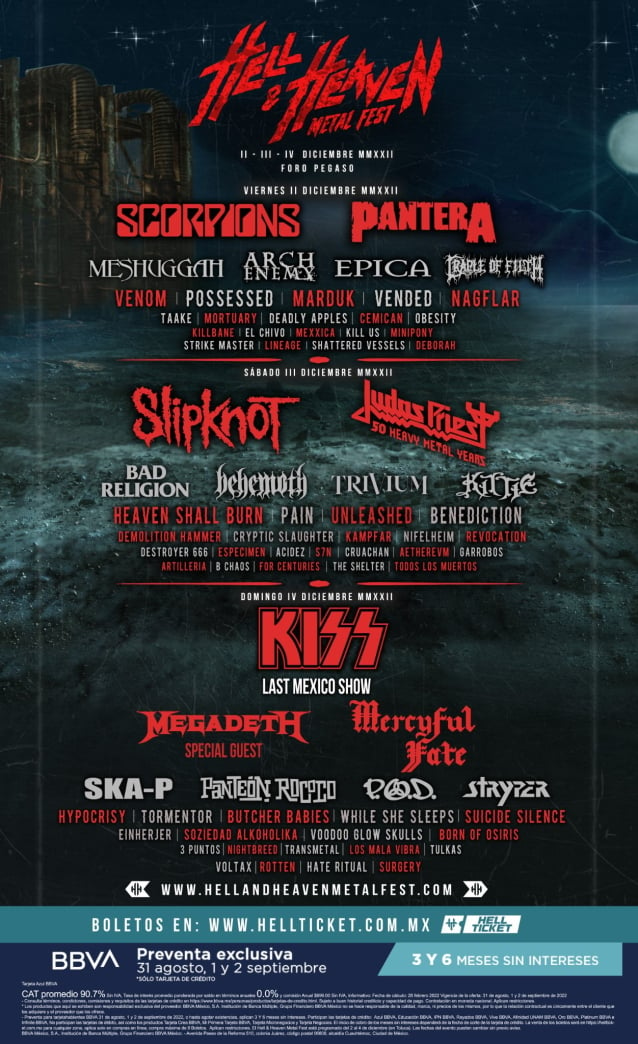