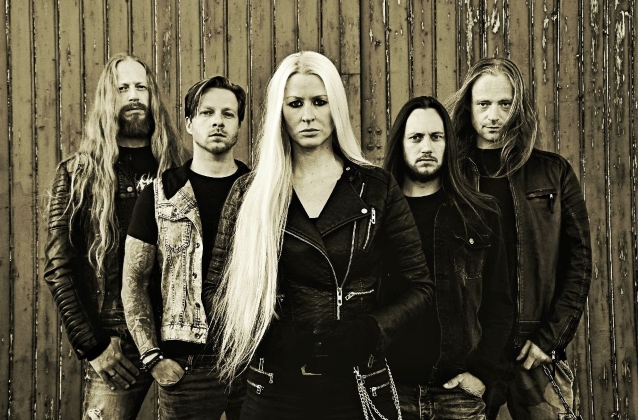 Dutch death thrash ragers IZEGRIM have released a video for the song "Retraumatized", which is taken from their latest EP, titled "Beheaded By Trust". The clip follows the band throughout its performance at the sold-out Eindhoven Metal Meeting festival, which took place on December 14. The video was directed by Sebastiaan Spijker of Ik Wil Ook Een Videoclip.

IZEGRIM's Marloes comments: "From preparations, to soundcheck, to the gig at the prestigious sold-out Eindhoven Metal Meeting: it's all packed into Izegrim's latest videoclip. No expensive props, no bluescreens, no storyline or silly choreography. This is 100% IZEGRIM at its best!"

"Beheaded By Trust" was recorded, mixed and mastered at Kohlekeller Studio (ABORTED, BENIGHTED) in December 2017. The cover artwork came courtesy of Kirill Semenov.

"Beheaded By Trust" is the follow-up to 2016's "The Ferryman's End", which drew a positively roaring press response worldwide and saw the band touring and sharing stages with the likes of FLOTSAM AND JETSAM, KREATOR, ANNIHILATOR, ONSLAUGHT and more.