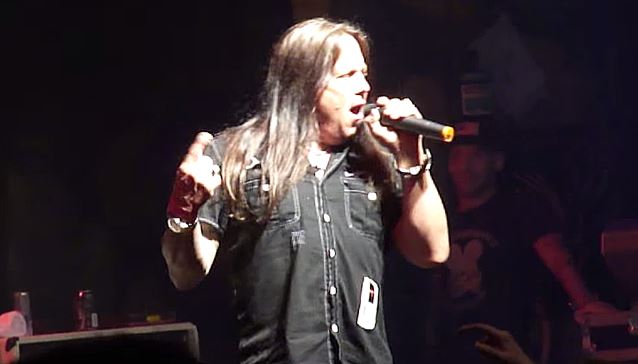 Said Crosby: "I will be out on tour singing for Jake E. Lee's RED DRAGON CARTEL for the month of July and, hopefully, for many months and years after. That is, if we can all play nice in the sandbox together! I'm sure we will. I couldn't be playing with a cooler bunch of guys."

Crosby will make his live debut with RED DRAGON CARTEL on July 9 in Philadelphia, Pennsylvania.

Video footage of Crosby performing the AC/DC classic "Highway To Hell" with STEEL PANTHER in 2012 can be seen below.