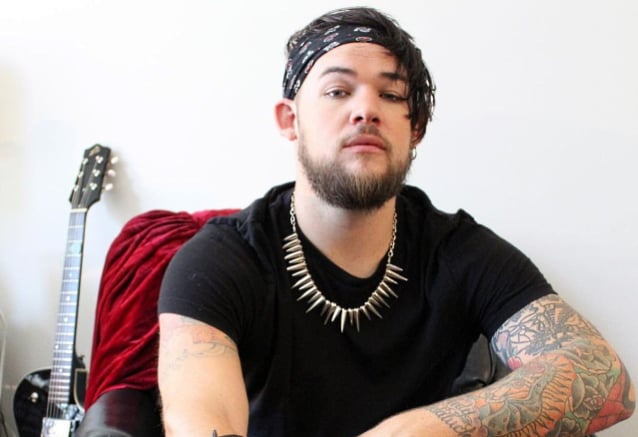 James Durbin says that he wishes his former bandmates in QUIET RIOT "all the success in the world."

Durbin recorded two studio albums with QUIET RIOT — 2017's "Road Rage" and 2019's "Hollywood Cowboys" — during his three-year stint with the group. In September 2019, QUIET RIOT parted ways with Durbin and replaced him with Jizzy Pearl. Pearl previously fronted QUIET RIOT from 2013 until October 2016, when he was briefly replaced by Seann Nichols, who played only five shows with the group before the March 2017 arrival of "American Idol" finalist Durbin.

Speaking to the "Aftershocks" podcast about his time with QUIET RIOT, Durbin said (see video below): "The time with [QUIET RIOT] was what it was, and it was kind of coming to a stalemate, and we weren't going where I felt like I could flourish musically, as far as albums go. They were just kind of, 'Well, we're making an album.' And I don't want my creativity to be wasted on something like that too. So, it was that. I was more interested in spending more time with my family. We weren't on tour as much as I would have liked. If we're gonna be out on tour, if we're gonna be gone for five days, I'd like to be playing five shows, not one show — that sort of thing. So we couldn't come to an agreement, and the agreement was agree to disagree, and shake hands and go our separate ways. And that's what it ended up being. But I wish those guys all the success in the world. It was [late QUIET RIOT drummer] Frankie's [Banali] wish for them to continue, and I hope that they continue to keep it on and be successful at it."

QUIET RIOT announced in September that it would carry on touring following Frankie's death a month earlier. The band, which now features drummer Johnny Kelly (DANZIG, TYPE O NEGATIVE),played a couple of shows in October and has a string of dates booked in 2021.

Durbin released the debut album from his solo band, DURBIN, "The Beast Awakens", on February 12 via Frontiers Music Srl.