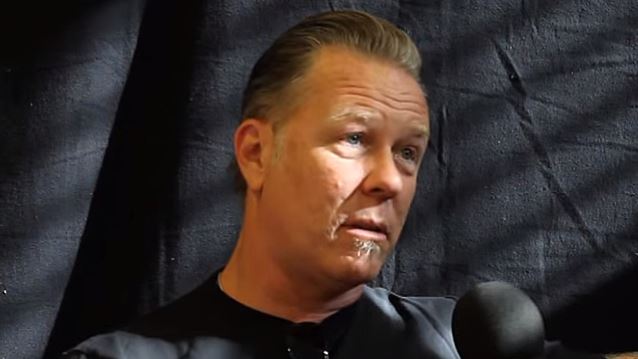 Asked about whether he enjoys talking to the crowd during METALLICA's concerts, Hetfield said: "Sometimes I do, sometimes I don't. I mean, we're all human, and sometimes we feel very communicative and sometimes we don't. But most of the time, if I'm not feeling good and then we get up on stage, I just look at somebody in the eye and just say, 'Hey, I need your help tonight.' And they usually… I mean, I'm not asking them directly, but through the eyes I'm asking them, 'I need your help.' And they give it to me… somehow."

METALLICA recently completed a tour where the band played a nearly all-request set, with 17 songs chosen online by fans prior to each gig and the last slot filled by a new track, "Lords Of Summer".

METALLICA drummer Ulrich Ulrich told RollingStone.com that "Lords Of Summer" "is fairly representative of where our creative headspace is at right now. It's one of those things that's like, 'Here, we're writing and we're creating.'"

METALLICA was featured in a recent ESPN "This Is SportsCenter" ad which plays off the idea that the band members don't know what to do with themselves since Yankees star reliever Mariano Rivera retired last season and took his "Enter Sandman" entrance music with him — so the band begins a desperate search for something else to do.