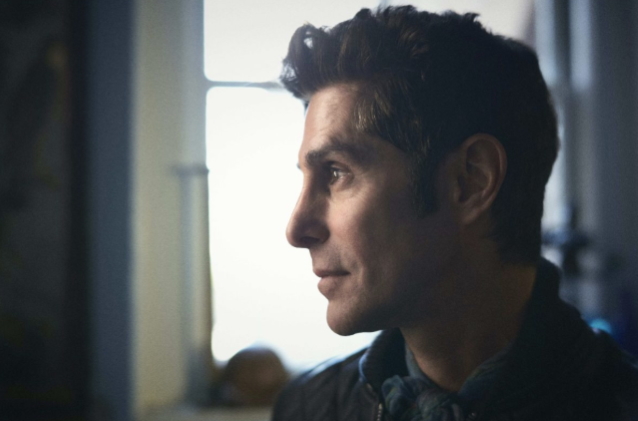 In addition to the deep groove vinyl recordings, the box set will also include a Blu-ray featuring 12 uncompressed Dolby Atmos mixes from "Kind Heaven" and three brand new previously unreleased Atmos mixes, a photographic memoirs hardcover book, a bandana, plus two exclusive Zoltar prints. In addition to the physical boxset, it will also be available in a limited track streaming and on August 7 available to pre-order downloadable 30- and 36-track limited versions. The box set pre-order includes a special cost-conscious "Half Now, Half on Release" payment plan. Visit www.perryfarrell.com for more information.

Across nine 180-gram vinyls, "Perry Farrell: The Glitz ; The Glamour" takes fans through his expansive solo career starting with his first band PSI COM and their five-song self-titled EP. Recorded in 1985, just prior to the formation of JANE'S ADDICTION, the PSI COM sound was inspired by artists like JOY DIVISION and SIOUXSIE AND THE BANSHEES — setting forth the tempest of what would become alternative rock. The band was recently featured in new documentary "Desolation Center", the previously untold story of '80s guerilla music, art and culture in Southern California, and is available now on all streaming video platforms. Today, Perry has shared one of PSI COM's tracks off the EP, "Ho Ka Hey".

2018's "Kind Heaven" was described by Rolling Stone as "a mind-bending audio hallucination." For the recording of the album, the alt-rock icon assembled a dynamic group of artists who together realized the new collaborative musical venture known as the KIND HEAVEN ORCHESTRA. The record, co-produced by Farrell and Tony Visconti, features contributions from Elliot Easton (THE CARS),Taylor Hawkins (FOO FIGHTERS),Mike Garson (DAVID BOWIE),Chris Chaney (JANE'S ADDICTION),Etty Lau Farrell, Dhani Harrison as well as Tommy Lee, The Bloody Beetroots, Cascade and Joachim Garraud. It featured singles "Pirate Punk Politician", a searing indictment of the current state of our planet under a rising tide of autocratic regimes, and the soaring song of hope "Let's all Pray For This World", plus two applaudable new tracks from the KIND HEAVEN ORCHESTRA.

There is also an unearthed recording of Jim Morrison (THE DOORS) that Farrell has composed, and to complete the circle written and recorded with L.A.'s next generation STARCRAWLER.

The box set will be strictly limited to just 3,000 units exclusively numbered.

Speaking to Kerrang! about how "The Glitz; The Glamour" came about, Perry said: "The charge was actually led by my management, who went back and listened to the work I'd done and said: 'You've never been fully realized, and we think it's time that you put this work out in an organized manner.' They went looking for everything that I'd done, including my first group PSI COM. Somebody actually found the masters for PSI COM in the trash and retrieved them. That's how little I was paying attention, shall we say, in those days. Back then my attitude was: 'What I'm about to witness is for my eyes and ears only, and that will make it really valuable.' That sounds naïve, but in the long run it worked out that way. PSI COM wasn't heard by a lot of people. We made the record for $500. It's great to have it now, though, as a way to connect with my past." 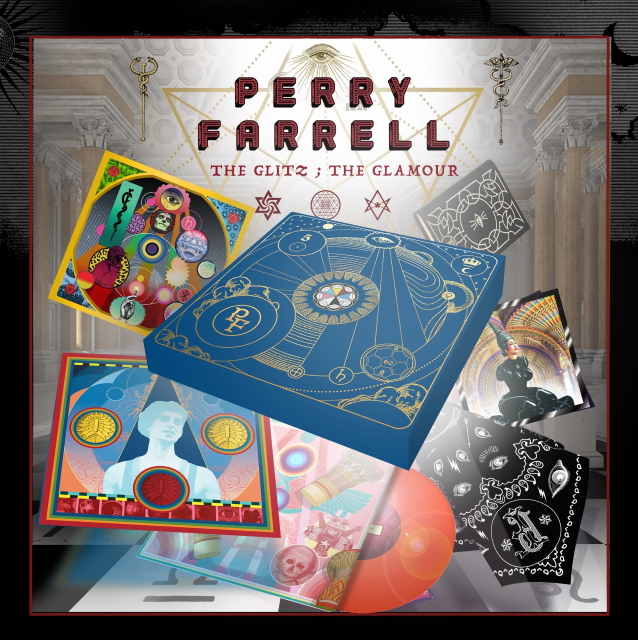