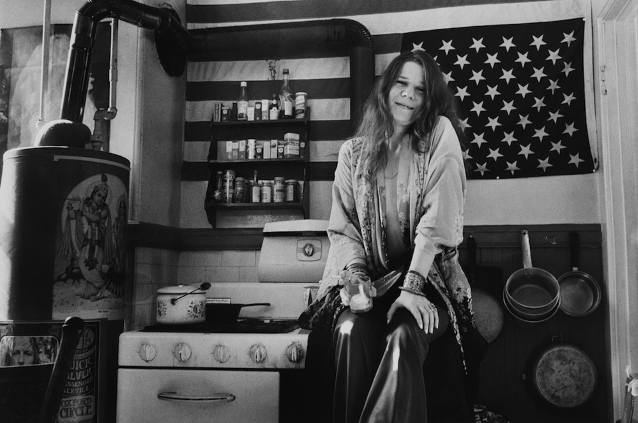 Compiled between 1966-1968, as the singer found her star rising, Janis Joplin created a personal record of her meteoric rise to fame and the flowering of sixties counterculture in which she was to play a lead role.

From the singer's earliest intimate blues gigs in local coffee houses, to her first appearances with BIG BROTHER AND THE HOLDING COMPANY, to the band's breakthrough performance at Monterey Pop Festival in June 1967, Janis's story is remarkable. Throughout it all, she collected posters, souvenirs, press clippings, photographs and records, and annotated them with her comments.

Featured alongside are previously unpublished items from her personal archive, including letters she wrote home to her family and a preceding scrapbook from her senior high school years, 1956-59. Collectively, they offer a brand new perspective on the Port Arthur girl that transformed into a rock goddess, setting the world on fire with her talent.

Limited to only 2,000 copies worldwide, each book in the "Days & Summers" edition is hand-numbered, estate-stamped with Janis Joplin's signature, and hand-signed by her BIG BROTHER bandmates Peter Albin and Dave Getz, JEFFERSON AIRPLANE's Jorma Kaukonen, and Janis's siblings, Laura Joplin and Michael Joplin.

"Days & Summers" is the name Janis Joplin gave to the scrapbook she kept during her high school years, and the book's cover design is similarly inspired by Janis, featuring her own hand-drawn lettering and decorative linework.

Exclusive to the Deluxe copies is a beautiful, artist-signed drawing of Janis Joplin by Grace Slick. Hand-numbered 1 of 350 copies, the signed Deluxe print is an archival Giclée made onto Hahnemühle German Etching paper (100% cotton rag, 310gsm) that is suitable for framing (254mm x 200mm / 10" x 8").

All copies in the limited edition include a special 7" single containing two exceptionally rare recordings: two blues tracks from "The Typewriter Tape" recording session from 1964 by Janis Joplin and Jorma Kaukonen ("Daddy Daddy Daddy" by Janis Joplin, and the blues standard "Trouble In Mind"). Capturing Joplin at a pivotal moment, before joining BIG BROTHER AND THE HOLDING COMPANY, "The Typewriter Tape" recordings have attained mythic status among bootleg recordings. Given the historic nature of the two tracks, the single is pressed on 180-gram audiophile vinyl.

For more information and for orders, go to JanisJoplinBook.com. 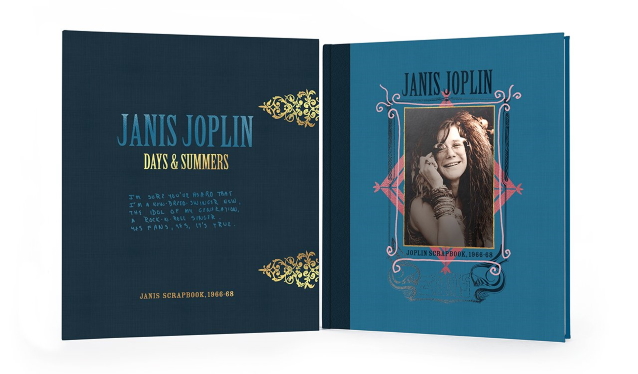