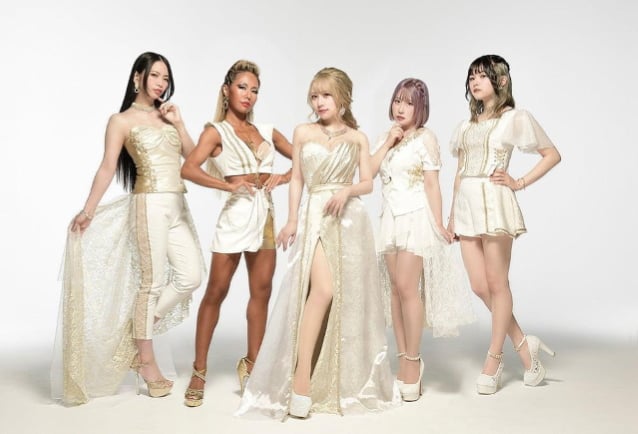 LOVEBITES, the all-female heavy metal band from Tokyo, Japan, has returned from its hiatus with a new member, a new music video and news of a fourth studio album coming in February 2023. The LP is also available to preorder today from JPU Records, and is available physically in three editions.

"Judgement Day", the fittingly titled album, will be the first to feature the band's new lineup, which includes bassist Fami, who was selected after an audition process and is just 20 years of age. The fast, melodic and heavy metal sound that LOVEBITES has excelled at since its debut is still burning strong, but has been sublimated further. Newcomer Fami also brings an added charm to the quintet, including her signature slap technique. The album contains ten completely new songs, mixed and mastered by Finnish masterminds Mikko Karmila and Mika Jussila, who have worked on all of the band's studio albums.

Fans can get a taste of the new LOVEBITES today with the release of the digital single and music video to the album's title track, available to download, stream and watch now.

The cover art for the album features a wolf, an incarnation of the band that has appeared on all of LOVEBITES's previous albums. This time, as the title suggests ("Judgement Day"),the wolf clutches scales that weigh good and evil within its jaws, and is captured sprinting between the sun and the moon. Further meaning from the cover art can be discovered in the title track's music video, and further details will likely be revealed in the future too.

"Judgement Day" will be released digitally worldwide on February 22, 2023, and released on CD from JPU Records from February 24, 2023. A video-on-demand and CD bundle is also available directly from JPU Records' web site. It features a documentary of the bassist auditions which includes interviews with the members of the band, as well as Fami while she was still one of the finalists — all with English subtitles. It also includes four studio sessions; "The Hammer Of Wrath", "Golden Destination" and "Shadowmaker" from the audition finals, and "Bravehearted", the first session with Fami as an official member of LOVEBITES. There is also a third edition that includes the CD, the video on demand content and a "Judgement Day" t-shirt. Additionally, 50 orders of this latter bundle will randomly receive a sleeve case that has been signed by the members of the band.

LOVEBITES formed in 2016 with vocalist Asami, guitarists Midori and Miyako, bassist Miho and drummer Haruna. The band's EP "The Lovebites" EP was mixed by Mikko Karmila and mastered by Mika Jussila, a team of talented Finnish engineers known for their work with NIGHTWISH, CHILDREN OF BODOM and AMORPHIS. In May 2017 LOVEBITES made their debut and released "The Lovebites" EP through London's JPU Records, followed by full length album "Awakening From Abyss" in October 2017 and had a series of shows in Japan and the U.K.

In 2018 LOVEBITES made their first festival appearance at Vans Warped Tour Japan 2018, as well as a headline show in June for mini album "Battle Against Damnation". In July they participated in Headstrong Fes.18 organized by ANTHEM, followed by performing at the world's biggest metal festival Wacken Open Air in Germany and Bloodstock Open Air in the U.K. They also toured Europe with X-ray Touring. After returning to Japan, LOVEBITES completed their second album "Clockwork Immortality" by the end of the year, and performed at Metal Mania, which also featured LOUDNESS.

LOVEBITES began 2019 by touring Japan, followed by supporting ARCH ENEMY on tour in China. First live album "Daughters Of The Dawn: Live In Tokyo 2019" was released in July, recorded at Mynabi Blitz Akasaka in Tokyo in support of "Clockwork Immortality". The same month the band toured festivals, including Download Festival in the U.K., Graspop Metal Meeting in Belgium, and Download Festival Madrid in Spain. At Download Festival in the U.K., Asami joined HALESTORM on stage to sing "Love Bites (And So Do I)", the song that gave LOVEBITES their name. When the band returned to Japan they toured Tokyo, Nagoya and Osaka before appearing at Summer Sonic 2019. They then joined DRAGONFORCE for their U.K. tour in November as special guests.

In January 2020, the band released third album "Electric Pentagram". It became the band's first album to enter Japan's Oricon Top 10 rankings, peaking at number nine. The band then kicked off tour of Japan in February and released "Five Of A Kind: Live In Tokyo 2020" in July, recorded at Zepp DiverCity, which reached number one in the Oricon Music Blu-ray chart.

In March 2021 they released mini album "Glory, Glory, To The World", which reached No. 10 in the Billboard general chart. Immediately afterwards the band began the "Ride For Vengeance" tour 2021, touring four cities across Japan. In August Miho left the band and it was announced that LOVEBITES would take a break. In the meantime, "Heavy Metal Never Dies – Live In Tokyo 2021" was released in the U.K. as a CD and video on-demand release, featuring the Tokyo show from the "Ride For Vengeance" tour 2021, followed by best album "In The Beginning: The Best Of 2017-2021".

In April 2022, the band held an audition for all nationalities, ages, and genders worldwide to find a new bassist. After a long selection process, fami joined in October of the same year, leading to LOVEBITES once again being composed of five members. 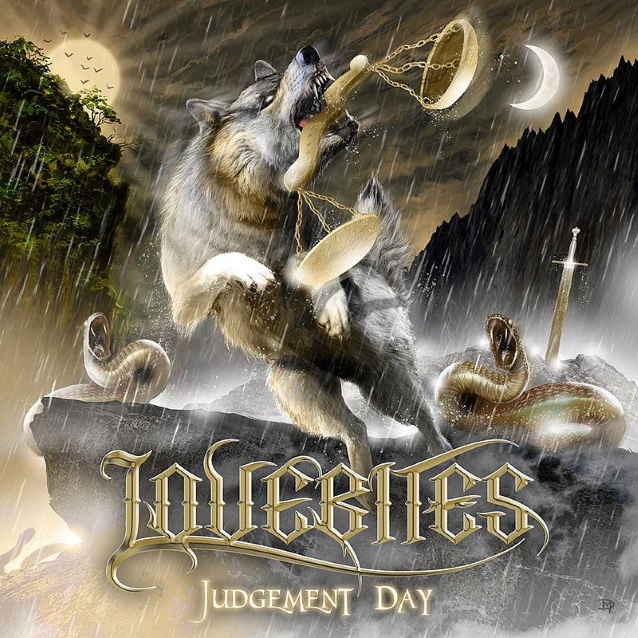