LOVEBITES, the all-female heavy metal band from Tokyo, Japan, will release a new EP, "Glory, Glory, To The World", on March 10, 2021 via JPU Records. The effort was recorded under the darkness of the coronavirus pandemic and will contain four songs exclusive to the EP. The tracks will not feature on or be re-recorded for future albums, like the 2018 EP "Battle Against Damnation".

On creating the EP, the band comments: "On one hand, working on this album during the spread of coronavirus has been mentally draining. On the other, the music created in such darkness has managed to become full of feelings of salvation and light. This body of work is full of a positive power unlike anything else in the history of LOVEBITES."

"Glory, Glory, To The World" follows critically acclaimed album "Electric Pentagram", which made its debut on Japan's Oricon Album chart at number nine. It also follows news that the band has sold out its 2021 national tour, and that new song "Winds Of Transylvania" will be the theme song to the anime "Vladlove" from visionary directors Mamoru Oshii and Junji Nishimura ("Ghost In The Shell", "Urusei Yatsura").

LOVEBITES — the winner of "Best New Band" at the British metal magazine Metal Hammer's Golden Gods Awards in 2018 — consists of five women, with Asami on vocals, Miho on bass, Haruna on drums, Midori on guitar, and Miyako on guitar and keyboards.

Overseas, the band has performed at Wacken Open Air in Germany, Bloodstock Open Air in the U.K., Download in the U.K. and Spain, Graspop Metal Meeting in Belgium, and supported DRAGONFORCE on their U.K. tour. 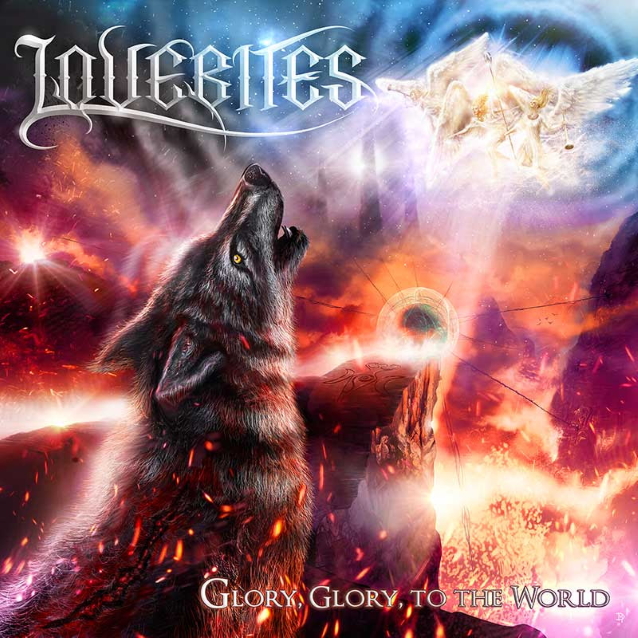