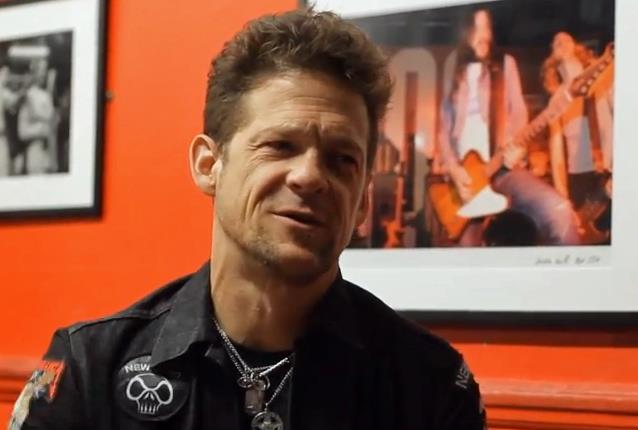 Comedian and metalhead Jim Florentine of VH1 Classic's "That Metal Show" recently conducted an interview with former METALLICA, VOIVOD and FLOTSAM AND JETSAM bassist and current NEWSTED frontman Jason Newsted for Jim's weekly podcast. You can now listen to the chat using the audio player below.

NEWSTED's debut album, "Heavy Metal Music", sold nearly 8,000 copies in the United States in its first week of release to land at position No. 40 on The Billboard 200 chart. The CD was made available on August 6 in North America via Chophouse Records/Collective Sounds and August 5 in Europe through Spinefarm Records. Jason told Billboard.com the 11-song album was very similar to the band's debut EP, "Metal", which opened with around 6,200 units to debut at No. 62. "The EP was always intended to be the primer, a sampler of what was to come on the LP," he said. "It's all metal all the time. It's not all fast, but it is all heavy."