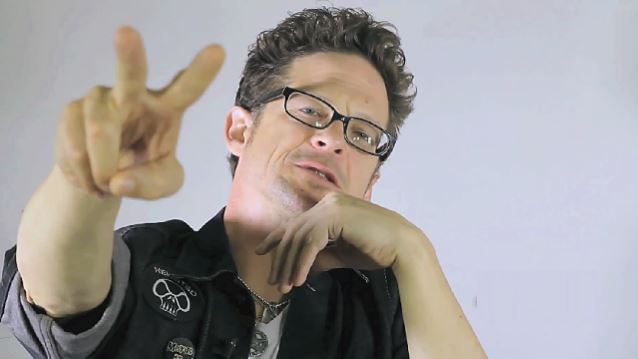 Former METALLICA bassist Jason Newsted says that the technical issues the band faced during its collaboration with Lady Gaga at this year's Grammy Awards made the performance "more powerful."

METALLICA's appearance with Gaga at the 59th annual event in Los Angeles on February 12 turned into something of a disaster when the Grammy sound crew did not turn frontman James Hetfield's mic on, forcing him to share the mic with Gaga after the first verse and chorus.

Asked for his opinion on some METALLICA fans' criticism of the band's decision to work with Lady Gaga, Newsted told the "Metal Injection Livecast": "I think that doubting METALLICA ever is not really that smart anytime, for whatever reason. It's kind of [like] they keep getting back up again ready for another fight. It's pretty impressive. I've been in, out of it, back, inside of it and whatever, man, I've seen it from all places, and it's nothing but respectable."

He continued: "Yes, I did see the performance. Yes, I watched them as their brother, I watched them as a supporting spectator person that's in the camp. So, as a fan, I was really pissed off at how… the disrespect because of the equipment. That's not okay with me. That shit's not okay with me. But for them taking a chance, just like they have with anything, whether we agreed with it or not, it's not really for us to say. If they wanna take that chance with somebody that's as talented and powerful as Lady Gaga, then they should be doing it. They are the same caliber she is. She was lucky to be there with them.'

Newsted added: "We could discuss this and all blah blah blah, but the victory of that performance was that because the gear failed, James and [Lady Gaga] were able to rise to a place as the experienced superstar performers that they are, feed off each other on that moment, forced into that moment. And it made it a more powerful performance than they could have planned if they had rehearsed it twenty fucking times. They rose to the occasion and they pushed each other to a further place than they would have ever on their own. It was fantastic… I thought that was a huge, huge, huge shiny crown that came out of that. It showed what the people are made of. A large percentage of the persons in that room that are performers would have been in a puddle on the floor when that shit was presented to them, when that adversity was presented to them."

Shortly after this year's Grammy Awards, METALLICA drummer Lars Ulrich told Rolling Stone that Gaga was the "quintessential perfect fifth member of this band," saying, "Her voice, her attitude, her outlook on everything is so awesome. [The performance] was so effortless and organic and she just has the spirit of hard rock and metal flowing through her veins. It comes really easy for her. There's nothing contrived; she just has this super warm, easy energy."

Newsted will debut his first major international exhibition of his contemporary art, titled "Rawk", at the third edition of Art New York at Pier 94, opening Wednesday, May 3, and continuing through Sunday, May 7, to kick off New York Art Week.