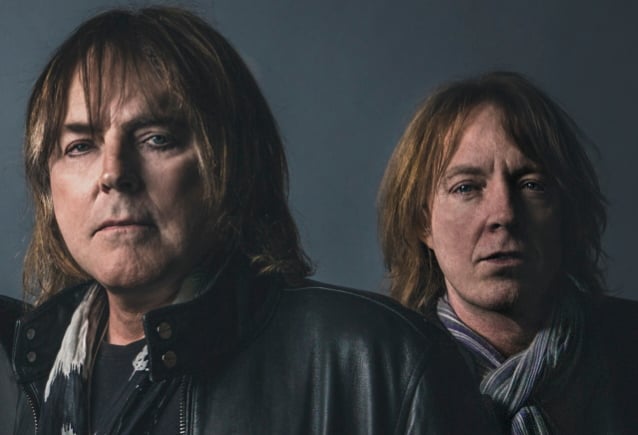 JEFF PILSON On DON DOKKEN's Vocal 'Difficulties': 'I Hope He Has Less Problems In The Future'

In a brand new interview with the Tulsa Music Stream, ex-DOKKEN bassist Jeff Pilson spoke about the difficulties Don Dokken has had preserving his voice as he gets older and the issues Don has encountered trying to reproduce DOKKEN's classic material in a live setting. He said (as transcribed by BLABBERMOUTH.NET): "Well, listen, to be fair, not all vocalists keep their range… You don't have a lot of Glenn Hugheses and Ronnie Dios out there in the world, whose voices seem to just never get affected. I can't sing like I could 35 years ago. So you've gotta keep that in mind.

"With that, I hope Don takes care of himself and I hope he can keep singing for as long as possible and I hope he has a little bit of a breakthrough," Jeff continued. "I know he's had a lot of health issues and he's had — it's just a lot of issues — so there's a reason why he's probably had some difficulties. But I wish him the best; I really do. I think he's just got a wonderful voice, and when it's working, it's a unique, magical voice. So I hope he has less problems in the future."

Jeff was also asked about Jon Bon Jovi, who has been receiving scathing reviews for his vocal performances during BON JOVI's current U.S. tour which kicked off April 2 in Omaha, Nebraska.

"I've been hearing about this. I haven't actually watched any of it," Jeff said. "I've heard that [he's been having a hard time], which is unfortunate. 'Cause I know we toured with Jon in the '90s, and I remember at that time talking with him about his singing. And he was taking it very seriously. After the show, he would go in his dressing room and he'd warm down for at least a half an hour. He was taking it really, really seriously. That was several years ago. So, once again, I hope he doesn't have problems. Now, there's a guy who doesn't have to worry about his next meal. But I do. 'Cause I know he's serious about what he does, so I hope, for his sake, it's getting better."

Don addressed his vocal issues in a 2020 interview with Antihero Magazine. At the time, he said: "Yes, it's been a problem. We get older, and our voices are not like they were when I was 27 or 30 or 35 or 40. When you get older, your voice is not as high as it used to be, so you lose your high notes. And I know every singer in this business, there's only a few singers that I know that when I see them live, I say, holy shit, they sound just as good as they did when they were 30, and now they're 70. Klaus Meine [SCORPIONS] still sings amazing. He's got an amazing voice. He still sounds the same. So I guess it's a God thing. Maybe God just gives people a gift."

He continued: "You see Glenn Hughes go out and do DEEP PURPLE songs. And Glenn Hughes, he's 70. He sings amazing. Ronnie James Dio, to almost the end of his life, when he had cancer, he did a concert at Radio City Music Hall [with HEAVEN & HELL] and he was fighting cancer, and he still sounded amazing, just like he did forever. So I guess some people are blessed and some people are not.

"In my world, I have good days and I have bad days, and I don't want to put the blame on anybody," Don added. "But when you're flying on an airplane for five hours in a pressurized cabin, and then you go to a hotel and the air conditioning's on, and it's 100 degrees outside, and then you go in your room and it's 60 degrees, then you get back on a plane, your voice goes out."

After DOKKEN's last studio album, 2012's "Broken Bones", failed to meet his expectations commercially, Don publicly questioned whether the band should or would make another record. He was also ruthlessly criticized by fans after radiation treatments from a bout with stomach cancer and eventual vocal-cord surgery hurt his performances.

"I was getting so bad I had to say, 'Guys, I'm just destroying our brand. I suck,'" Dokken said. "I put on 40 pounds. I couldn't sing. I just didn't look good; I didn't feel good. I just had to get the radiation over with and rehab and come back."

DOKKEN spent the last couple of years working, on and off, on the follow-up to "Broken Bones", tentatively due before the end of 2022.