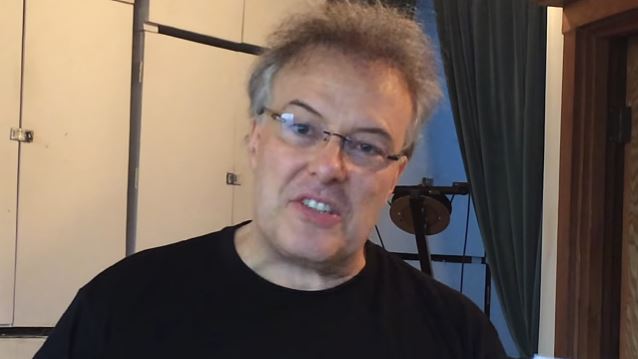 JELLO BIAFRA On DONALD TRUMP's Victory: 'How Can People Be So F**king Stupid?'

Legendary DEAD KENNEDYS frontman Jello Biafra has weighed in on underdog Donald Trump's stunning upset of Hillary Clinton in the U.S. presidential election, saying that "people ran out and voted for somebody that they knew was a liar" and "a thief."

Trump shocked the political establishment and the world by becoming the 45th president in one of the biggest upsets in U.S. political history. He won with 289 electoral votes compared to 218 for Hillary Clinton. 270 were needed to win. Clinton, however, handily won the popular vote, despite losing the overall election.

In a brand new two-part episode of his "What Would Jello Do?" video series, Biafra stated about the president-elect in part (see video below): "How can people be so fucking stupid?

"It feels like a really heavy, unexpected death in the family, somebody close to you — only this time it's our country. Almost like coming home from school and finding somebody very close to you just got run down by a drunk driver or something. That that many people ran out and voted for somebody that they knew was a liar, knew was a thief, knew was a rapist, knew was a racist, and they didn't vote for him in spite of all that horrible stuff, and how completely unqualified he is for anything but being a rich buffoon. No, they voted for him because of what he said. They dig the crude, rude dude. The nastiest bully in the whole school, we think he's cool."

Jello added: "What really scares the shit out of me is how this jackboot hate revival is going on all over the world all at the same time, as though it's been carefully planned and coordinated from above, and they're just getting started.

"[Filmmaker] Michael Moore's right that a lot of the frightened, heartbroken people increasingly desperate to put food on the table who have gone ready to Fox and Rush Limbaugh and Glenn Back and even Breitbart are really mainly concerned about the same things we are, and if we all realized our common ground, as the western world gets turned into Third World plantation states, and got together and rose up, all channeling our fury in the same direction, they would be fucking over. And that's why they spend so much money and so much time and so much energy to corral and steer all that anger away from any positive action, or even thinking of positive action, and straight into the nearest furnace of dog-eat-dog hate, bullying and bigotry."

"Don't fight the forces really screwing you — don't fight the big boys — go out and blame somebody. Blame the immigrants, blame the Muslims, spray paint — and this really happened — 'Black Lives Don't Matter And Neither Do Your Votes.'"

Biafra first gained attention as the lead singer and songwriter for San Francisco punk rock band DEAD KENNEDYS. After his time with the band concluded, he took over the influential independent record label Alternative Tentacles, which he had co-founded in 1979 with DEAD KENNEDYS bandmate East Bay Ray. Although now focused primarily on spoken word, he has continued as a musician in numerous collaborations.