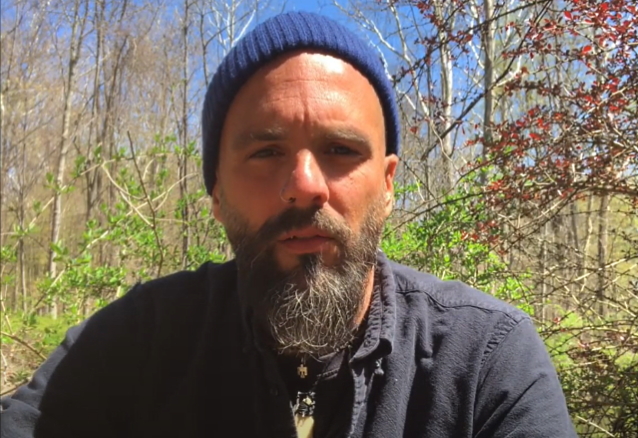 JESSE LEACH Wants To 'Break The Mold' With Next KILLSWITCH ENGAGE Album: 'It Gets Fatiguing To Do The Same Thing Over And Over Again'

During a recent appearance on "Drinks With Johnny", the Internet TV show hosted by AVENGED SEVENFOLD bassist Johnny Christ, KILLWITCH ENGAGE singer Jesse Leach spoke about his plans for the band's next studio album. He said (as transcribed by BLABBERMOUTH.NET): "My hope with KILLSWITCH, and I've really pushed hard to add more diversity, to add the quiet parts. I want us to be seen as a metal band. I don't care about genres; subgenres are even worse. And we definitely have a formulaic way of doing things. But I would love to break that mold; I really would. I push for it a lot, but it's hard when you're in a quote-unquote legacy band and things are the way they are for a reason. And I'm always that guy pushing, like, 'Let's try this. Let's try that.' And the general consensus is, 'All right, Jesse. Calm down. Calm down.' So, for me, jumping back into [my side project] TIMES OF GRACE or even talking about THE WEAPON, it's so nice for me to have outlets outside of KILLSWITCH where TIMES OF GRACEcan spread our wings."

Referencing TIMES OF GRACE's upcoming second album, "Songs Of Loss And Separation", Jesse said: I think this [TIMES OF GRACE] record is more rock and heavy metal than it is metalcore. There are still elements of it, for sure. And with THE WEAPON, our EP, it's a 15-minute record — it's just fast, pissed off punk rock. I love it. It's so much fun to do that and to be able to go outside of what is my main thing. KILLSWITCH, it gets fatiguing to do the same thing over and over again. So, mark my words, with the next KILLSWITCH record, I'm gonna push really hard to just break the mold. Let's do something different. Bring more solos in. Adam [Dutkiewicz] and Joel [Stroetzel] solo so well, and they do these little small solos to fill in between the bridge. I'm, like, 'Why do you guys not solo?' 'Oh, I don't wanna show off.' 'No. It's metal.' So I'm gonna ask for more solos on this next record."

TIMES OF GRACE, which also features Dutkiewicz, will release "Songs Of Loss And Separation" on July 16 via the band's own imprint label, Wicked Good Records, distributed by ADA worldwide.

Earlier this week, KILLSWITCH ENGAGE announced a streaming event set for Friday, August 6 at 7 p.m. ET. The entire performance will be available on demand for 48 hours after the original airing. Get tickets here.