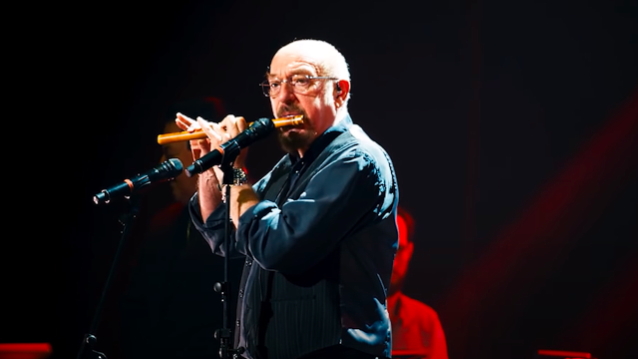 JETHRO TULL's Ian Anderson and his longtime friend/collaborator Leslie Mandoki have recorded the song "We Say Thank You" as a dedication to everyone on the frontline, from the doctors to grocery store workers, in the unbelievable coronavirus battle.

Written by the Hungarian-born/German producer/songwriter/bandleader of SOULMATES (which has featured Ian through the years),"We Say Thank You" was written in the context of Leslie's own isolation in Germany, where his doctor wife, Eva, is a first contact physician. Using social distancing as the foundation for their collaboration, Leslie e-mailed tracks to England for Ian to sing and play flute on between April 7 and 8.

In addition to the brave, hardworking front-line medics and care workers, the lyrics reference the police, grocery clerks, supermarket workers. Ian adds the dark reference to the speculators making a killing from the current crisis. He says: "They know who they are."

"To all, we say, thank you," say Anderson and Mandoki.