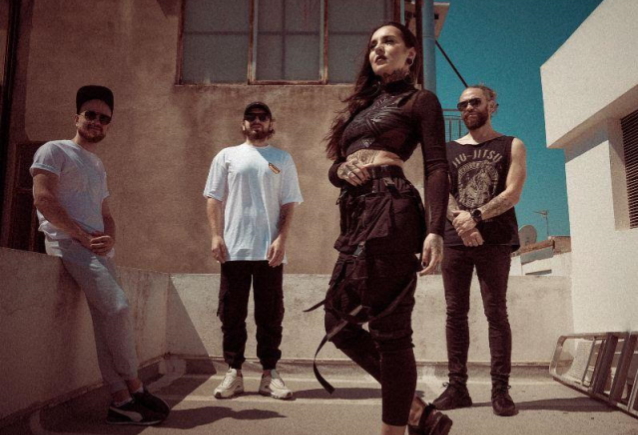 Progressive groove metal juggernauts JINJER recently announced that with the support of the Ukrainian Ministry Of Culture, they were granted a special exemption to exit Ukraine in order to help their countrymen the best way they can — through music — and since hit the road on their just-wrapped European tour.

Catch JINJER on tour with P.O.D., VENDED, MALEVOLENCE and SPACE OF VARIATIONS:

^ No MALEVOLENCE
* No VENDED

Earlier this month, JINJER bassist Eugene Abdukhanov confirmed to EMP that he and his bandmates have commenced work on a new album. "We actually have some songs written already," he said. "Because of [Russia's] war [in Ukraine], we had nothing else to do, and we were inspired, let's say, by the events in a different way. When there were a lot of bombings in Kyiv and we had to hide in the shelters from the Russian bombs, Vlad [Ulasevich] wrote a lot — our drummer wrote a lot. This is what drove him, I think. As soon as the Russians withdrew from Kyiv, I wrote some songs. So we already have some songs written."

Asked when fans should expect to hear new music from JINJER, Eugene said: "It's very hard to say. With the events going on, it's very hard to plan and think about the future. So I am enjoying the moment."

Five months ago, JINJER released new merchandise designs to help raise funds to support their country. By April, the effort had resulted in more than $150,000 being raised, with proceeds set to be distributed directly to charity organizations of JINJER's choosing. 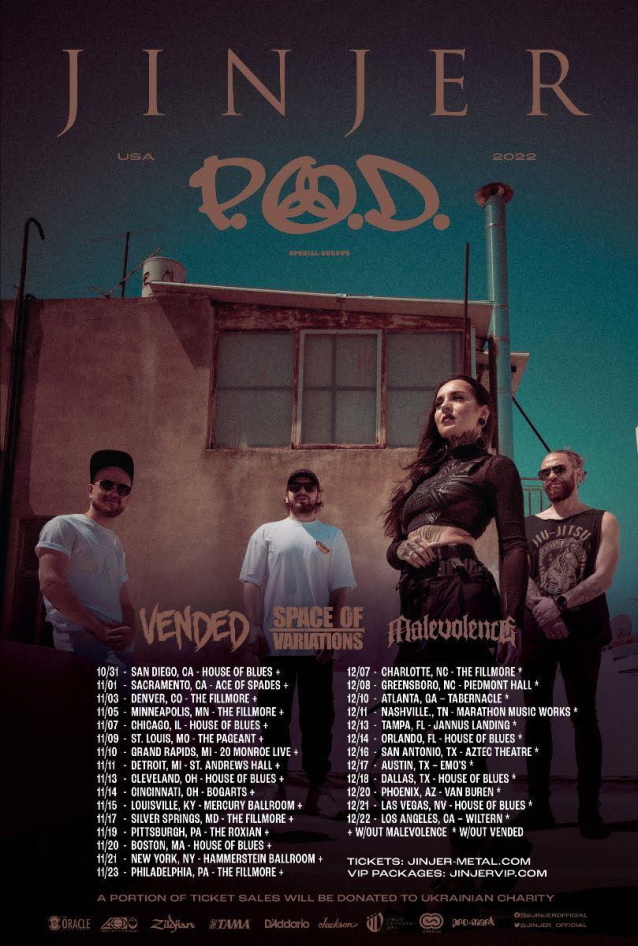