JOAN JETT Teams Up With Z2 COMICS For Graphic Anthology

Z2 continues to reward music lovers and comics fans alike with an ever-expanding offering of original and authentic graphic novels created alongside some of the biggest names in music. Today's news brings Z2 Comics together with the queen of rock 'n' roll; the woman who made it her anthem, and a battle cry for generations, Joan Jett.

"When we began working with Z2 Comics on 'Joan Jett And The Blackhearts 40 x 40' for the 40th Anniversary of 'I Love Rock 'N' Roll' and 'Bad Reputation', we reflected on all the rejection and opposition Joan faced from the industry as a woman with a guitar, especially at the beginning of her career," says Carianne Brinkman, president of Blackheart. "Luckily, she blocked out the noise and showed the doubters she could do it herself. The comic world, much like the rock 'n' roll world, is fairly underrepresented in terms of women, particularly in the mainstream. We thought this was a great opportunity to celebrate comic writers and illustrators who happen to be women, and who, like Joan, are constantly being asked what it's like to be 'a woman…' in their respective industries. We are so excited to bring these amazing artists and writers together to celebrate this milestone anniversary."

This original graphic anthology pulls together a who's who list of female creators from the comic book and pop culture worlds, including famed artist Tara McPherson to celebrate the 40th anniversary of the 20 classic tracks featured on Joan's landmark albums "Bad Reputation" and "I Love Rock n' Roll".

McPherson adds: "Joan Jett is the epitome of a rock 'n' roll icon and a powerful force of a woman. When I was young and teaching myself how to play bass and starting bands, she was such an inspiration to me, and I know to so many other girls as well. She's a fierce woman making no apologies, showing females they have a place in rock!"

"Joan Jett And The Blackhearts - 40×40: Bad Reputation/I Love Rock 'N' Roll" is written and drawn by some of the most renowned female creators from around the world, and is available for preorder now for a fall release in softcover and hardcover editions at finer comic shops, book and record stores worldwide. Exclusively available through Z2's web site in limited quantities are the deluxe and super deluxe versions, packaged with exclusive vinyl, art prints and much more. To celebrate this 40th anniversary, a "platinum edition" is available in an extremely limited quantity of just 40 units and includes a new Epiphone guitar, gig bag and signed certificate of authenticity. 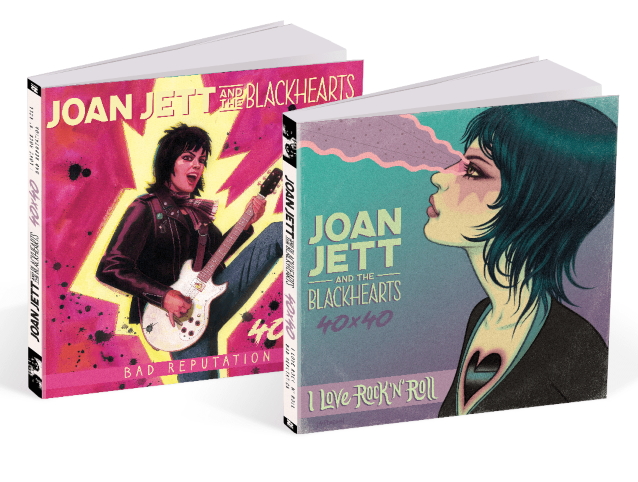 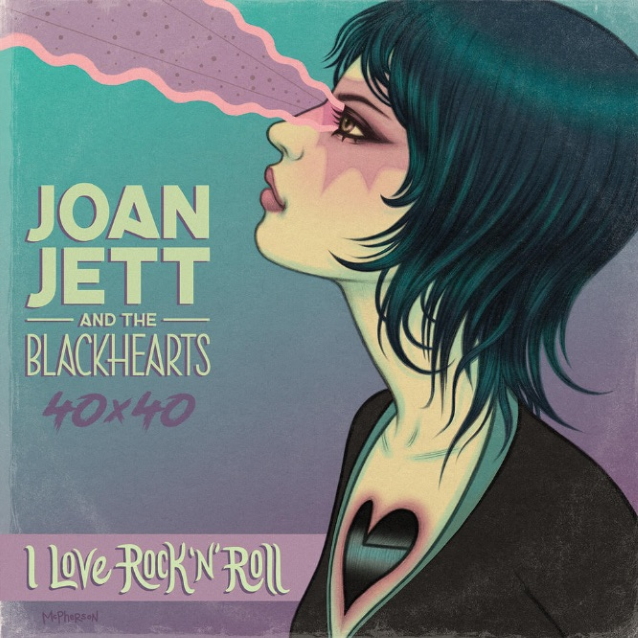 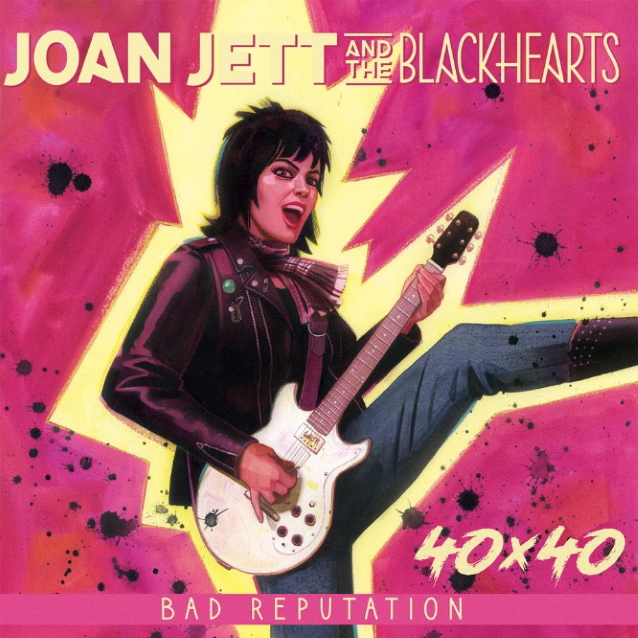