JOB FOR A COWBOY: New Song 'The Celestial Antidote' Available For Streaming

"The Celestial Antidote", a brand new song from Arizona extreme metallers JOB FOR A COWBOY, can be streamed below. The track is taken from the band's fourth full-length album, "Sun Eater", which will be released on November 11 in North America (one day earlier internationally) via Metal Blade Records. The CD was produced by Jason Suecof, who has previously worked with TRIVIUM, AUGUST BURNS RED, THE BLACK DAHLIA MURDER, ALL THAT REMAINS, WHITECHAPEL and DEVILDRIVER, among others.

JOB FOR A COWBOY guitarist Al Glassman stated about "The Celestial Antidote": "Bobby Thompson, who left us as a full time member in 2010, continues to remain a part of JOB FOR A COWBOY always, and once again contributed an incredible track to the new record.

"For those who have heard 'Tarnished Gluttony' (his contribution to the last record),you will not be disappointed with his latest song. It's moody and heavy as hell, and features some of my favorite guitar work on the record on Tony's end.

"After years of writing with Bobby, I can honestly say that this is his best work yet with JOB FOR A COWBOY and I hope you guys dig it too!" 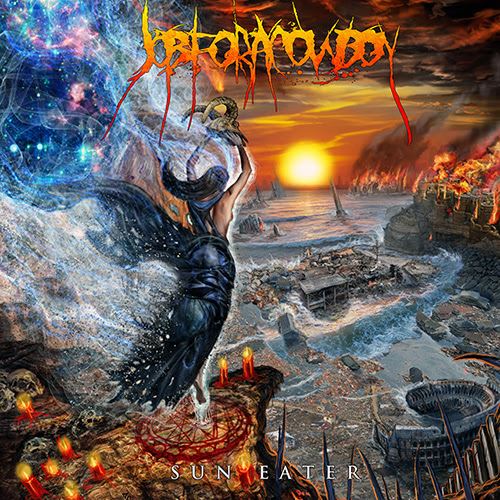