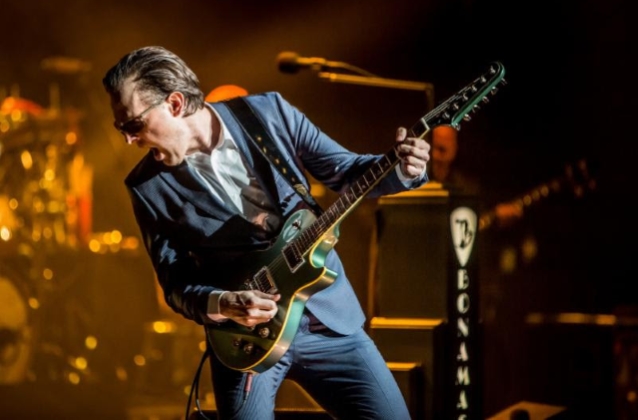 Two-time Grammy-nominated blues-rock sensation Joe Bonamassa has announced U.S. tour dates for spring 2020, as he gears up for his summer tour embarking on major venues across the East Coast and Midwest in North America. For the newly announced dates next year, Bonamassa leaves no fans behind, making stops through the South and Midwest with performances scheduled for multiple cities in Florida, Georgia, North Carolina, Tennessee, Ohio, Illinois, Wisconsin, Minnesota, Idaho and Washington. Hailed internationally as one of the greatest guitar players of his generation, Bonamassa has almost single-handedly redefined the blues-rock genre and brought it into the mainstream.

Bonamassa is one of today's top live performers and his enthusiastic live shows are one of the biggest parts of his career, and a favorite for music lovers worldwide. His upcoming dates for the rest of 2019 and newly added shows for 2020 will be no exception. This summer, his tour kicked off yesterday, July 22 at Nashville's trademark staple Ryman Auditorium and ends at the legendary Red Rocks Amphitheatre in Morrison, Colorado, where he'll play a one-of-a-kind celebration, both are venues that Bonamassa has previously sold out. Red Rocks includes two incredible nights of two very different setlists as he celebrates the five-year anniversary of his first time performing there. Then his fall season include three nights at New York's incredible Beacon Theatre, amongst other iconic venues.

With his most recent album, "Redemption", Bonamassa achieved his 21st No. 1 album on the Billboard Blues chart. It's his most ambitious, barrier-breaking studio album yet. With over 30 albums to his credit thus far, including studio and live recordings, collaborative albums with blues sensation Beth Hart, and side projects BLACK COUNTRY COMMUNION and ROCK CANDY FUNK PARTY, the living legend somehow always finds ways to reinvent his artistry.

As Bonamassa is currently in the process of writing his much-anticipated next studio album, audiences can expect to be surprised with some new tracks on his spring tour in 2020. As an artist who spends nearly 200 days a year on the road and his spare time writing new songs, Bonamassa is always curating new ways to diversify his craft, hitting the stage with fervor, and bringing awe and amazement to crowds everywhere.

Tickets for the newly announced dates go to pre-sale today and are on sale to the public July 26 via jbonamassa.com/tour-dates.

Today's announcement follows recent news of two sold-out festivals at sea as part of Bonamassa's Keeping The Blues Alive Foundation, which greatly benefits music education across the entire nation, and their long-lasting partnership with Sixthman. This includes the fifth sold-out Caribbean sailing of Keeping The Blues Alive At Sea in February this year, and the forthcoming maiden voyage in the Mediterranean set for August and 2020's upcoming Caribbean cruise. The Mediterranean edition of Keeping The Blues Alive At Sea will feature performances by Peter Frampton, Kenny Wayne Shepherd, Robert Randolph & The Family Band, and dozens more blues artists. Festival cruises are quickly becoming one of the most exciting musical experiences available for fans, being able to vacation and see some of today's biggest names all at the same time.

Catch Bonamassa as host of the weekly radio show "Different Shades of Blue With Joe Bonamassa" on SiriusXM's Bluesville at 6 p.m. ET every Monday via SiriusXM channel 74. He explores all aspects of the blues music genre like never before and curates an eclectic mix of everything from legendary classics to historical deep cuts and modern hits.